The Little Prince is the most known opera of Antoine de Saint-Exupéry and is renown as one of the foundations of the world literature for children.

Starting from these assumptions we're here today to analyze some card inspired by this novel that will give further support to the Light will that till now lacked a little consistency. 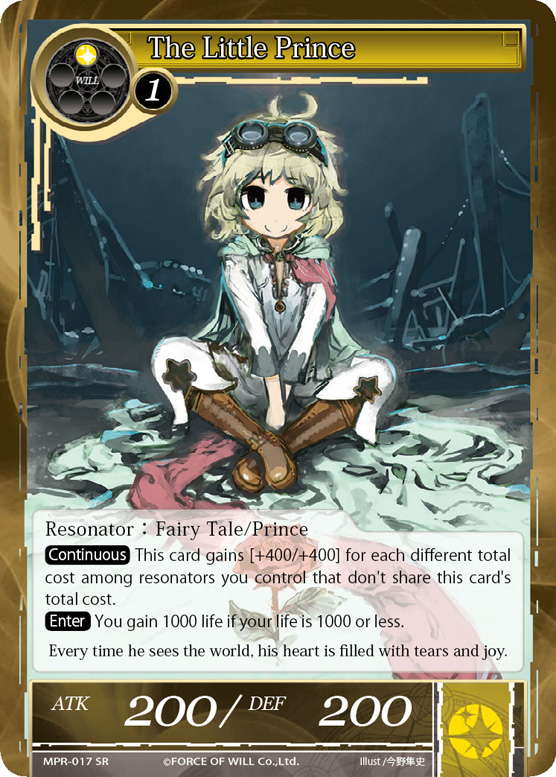 The Little Prince is a good candicate to appear almost surely in all Grimm Decks: he's a Fairy, his ATK and DEF values are good compared to his cost, it allows us to gain life points in late game, that's not to underestimate, and his Continuous effect goes really well with decks with a solid curve like the Fairy ones where resonators with cost different than 2 are played a lot: Tinkerbell, Rapunzel, Hamelin Pied Piper just to quote the most famous.

Good mate of the Little Prince is “I”, the Pilot: 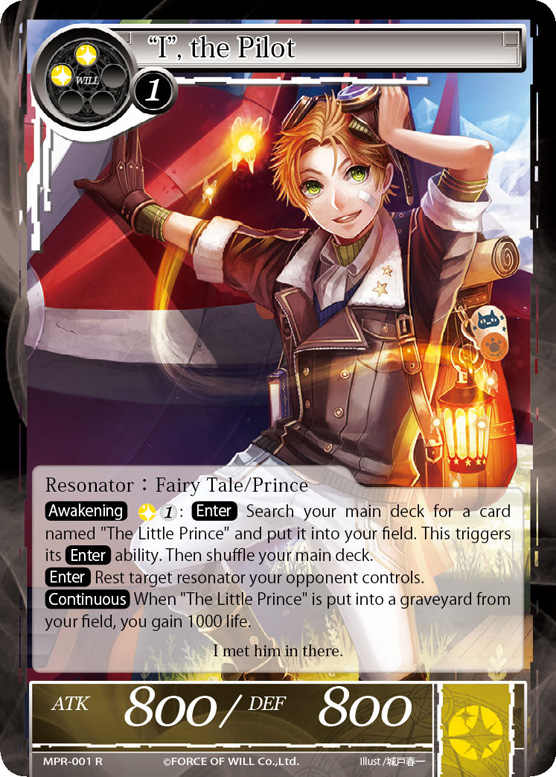 The Pilot is a Fairy resonator that costs 3, still Light attribute with really good ATK and DEF and with really synergic effects with our Little Prince.

His Awakening ability allows us to search a Little Prince in the deck and put it on the field, triggering his Enter ability.

His Continuous ability instead will make us gain 1000 life points if a Little Prince is sent to the graveyard from our field. I would place the attention on the used terms: reach the graveyard from the field is different than being destroyed that points a spacific game mechanic... This little clarification is crucial when looking through Crimson Moon Fairy Tale card we came across Cinderella... The Pilot and The Little Prince are in fact searchable with her and with her's activated ability we'll be able to regain life points and at the same time damage opposing resonators.

The Enter ability of the Pilot instead is a little interesting plus since it can foster a closure or the elimintation of an opposing resonator.

The Fox is one of the pivotal characters of the novel of Antoine de Saint-Exupéry and so it could not miss: 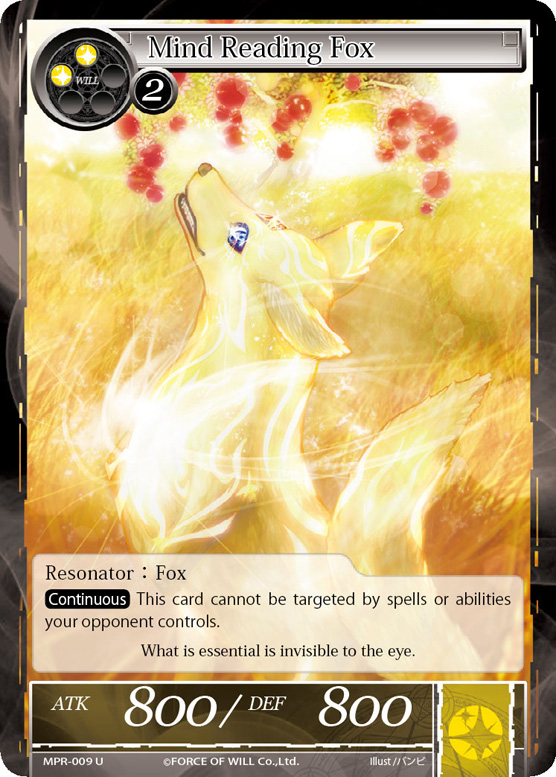 I don't think this cost 4 resonator needs a lot of comments: solid and with a better Feethsing effect incorporated... It will be surely a problem for many and it's easy to foresee that his abuse could bring the rapid spread of cards like Abel, Pandora and Cinderella. 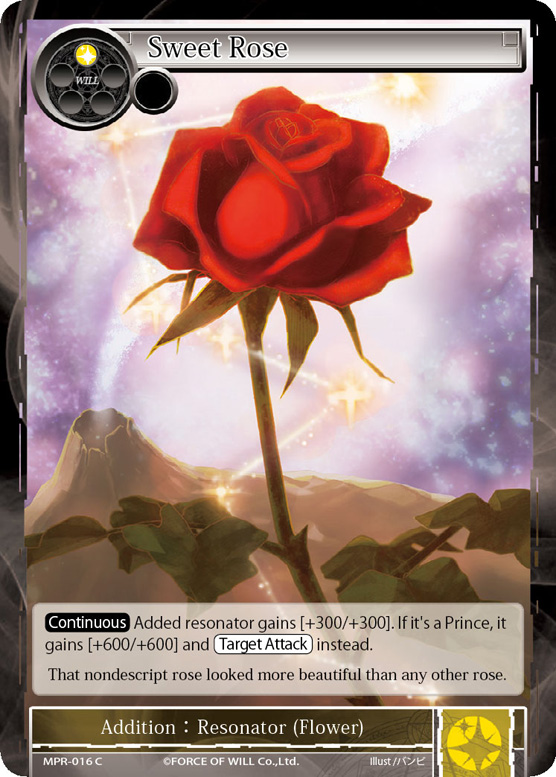 The Rose is a candidate as one of the strongest Addiction: Resonator in the format: +600/+600 in ATK and DEF plus Target Attack to a Prince for the low cost of only one Light Will makes it simply devastating in a deck that abuses this specific race, and as we have seen before it's possibile to foresee future a strong interaction between the Pilot, the Little Prince, Cinderella and the Deadman Prince.

For todays it's all with Fairy Unchained, till next time!!!