“She flies in the hailstorm and covers the fields with snow. She paralyzes the flowers with rime and freezes the rivers. Her heart is of ice and she would like that also that of others be like hers.”

The Snow Queen is the longest fairy tale ever written by Hans Christian Andersen and is used as an inspiration for a little set of card of the new expansion that will surely have a big impact on the game given their effects. 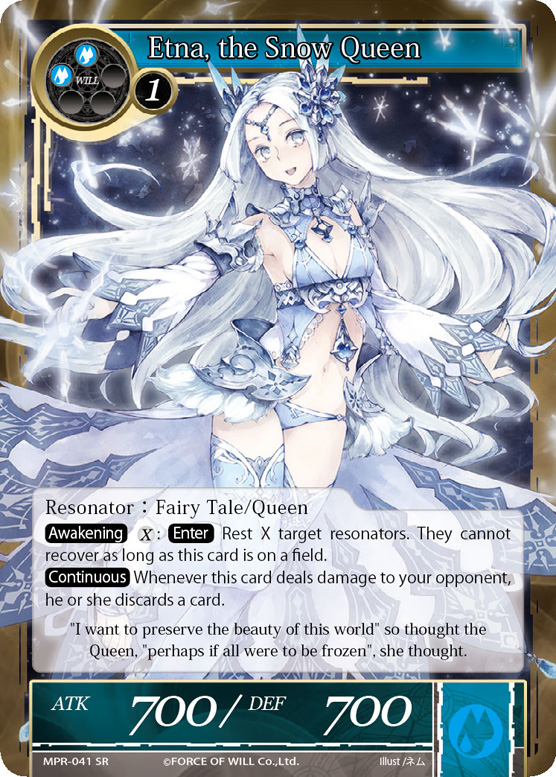 Etna presents undoubtedly as a really strong Resonator: her continuous ability of making our opponent discard everytime she deals him damage remembers us Dorothy mechanics and for this reason is synergic with the Enter ability of Glinda that will make her attack unblockable.

It's, however, the Awakening ability of Etna to really bring disarray on the battlefield: paying a variable X cost of our choosing we'll be able to exhaust a number of target resonators equal to X and they will no more be able to recover as long as she's on the field.

We have already seen how much Hamelin's Pied Piper shapes matches, and now Etna arises on the same track proposing as a valid comrade, a little weaker as ATK and DEF values but a lot more versatile being able to block a single resonator, or the whole opponent field. 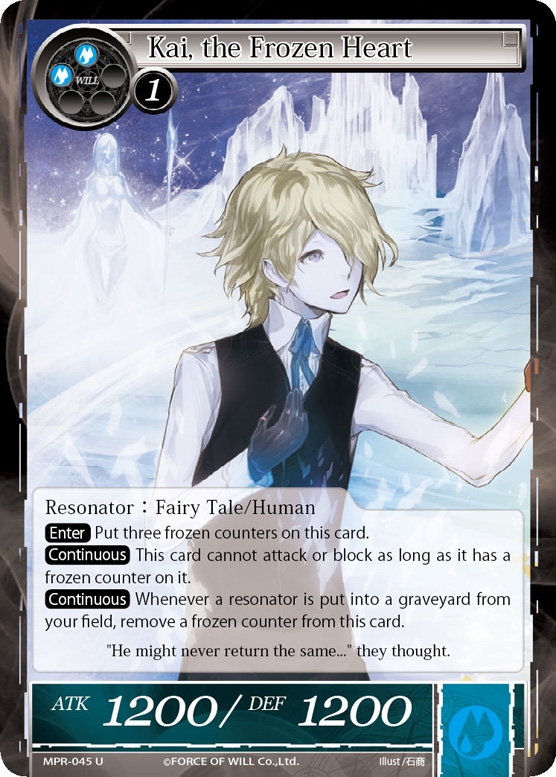 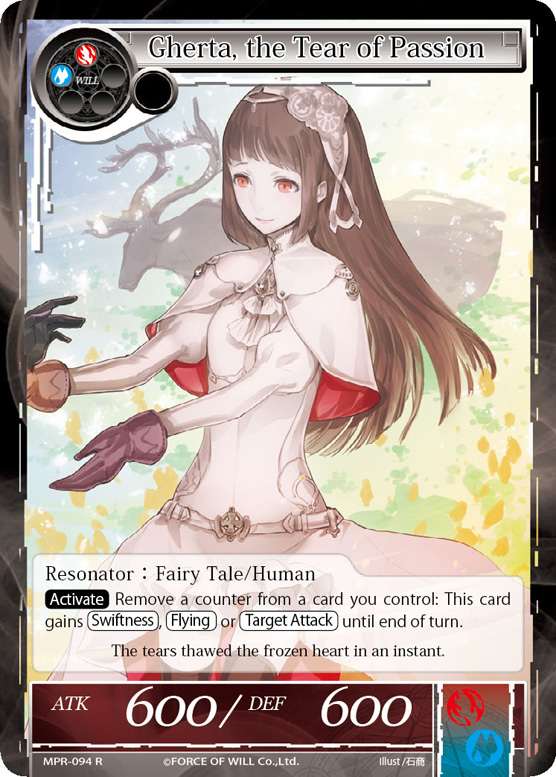 Kai and Gherta are presented as two cards that must be played together, so much that their artwork is only one, split among the two resonators as we can easily guess.

The effects of Kai remembers a little the Blinden Prince of Crimson Moon Fairy Tale, but here are his ATK and DEF values to be impressive: 1200 / 1200 for a cost 3 shows a threat that can't be ignored.

Gherta is the counterpart of Kai: if the effect of removing counters may sound cumbersome here we have his friend that will make our game a lot easier being able to remove even all counters from Kai, gifting us a resonator with awesome statistics on the field, and another with Swiftness, Flying and Target Attack.

Gherta's ability is really versatile and not useful only with Kai: we are starting to see a lot of cards that could gain advantage from a manipulation of counters on them, like for example: 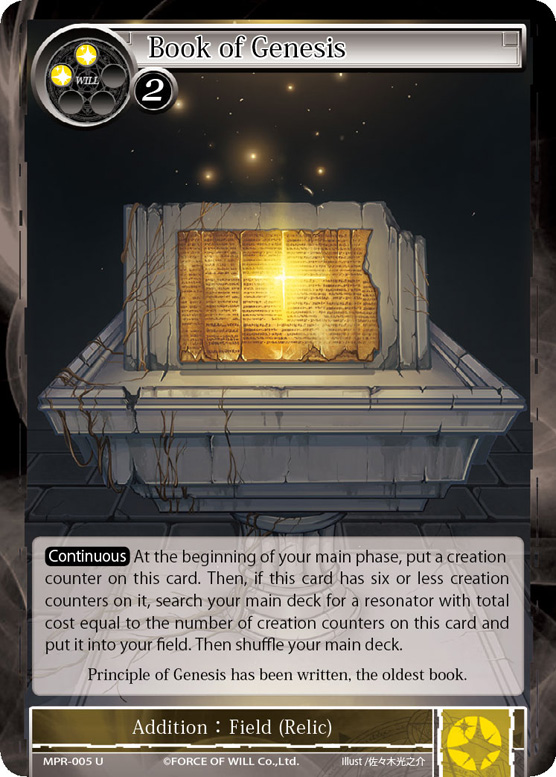 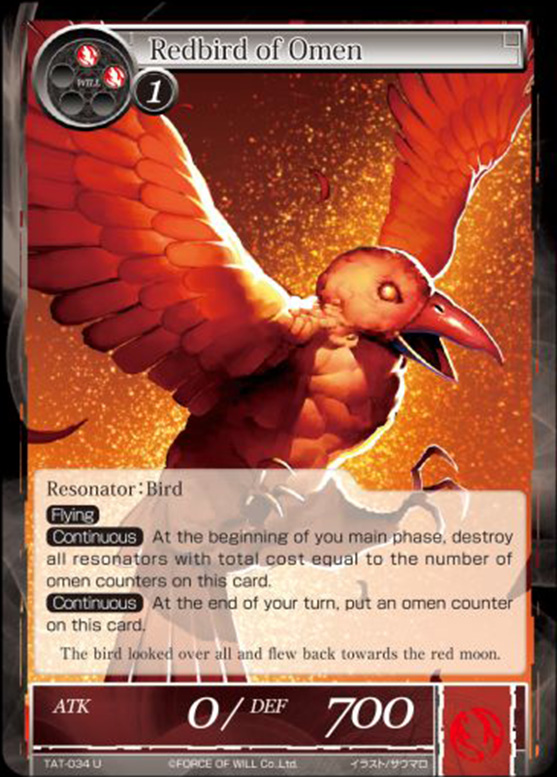 Without counting all Resonators of Oz's gang that could give up a counter on them while gaining a Flying comrade at the right time.

For today that's all with Fairy Unchained, till next time!