As the smoke settles on the battlefield and combatants wearily prepare themselves to once again engage in a " Force of Will ", a new influential presence comes to the field to do battle! Prominent names from history's past enter the fray in "Vingolf - Engage Knights".  And in today’s article I will present the Wind Attribute Ruler Minamoto no Yoshitsune and Resonators  Attila, Timur, Pyotr I and D'Artagnan and the unique "Enter" ability mechanic introduced in Vingolf - Engage Knights.  It brings me great pleasure to initiate " The Winds of Change " (Scorpions). 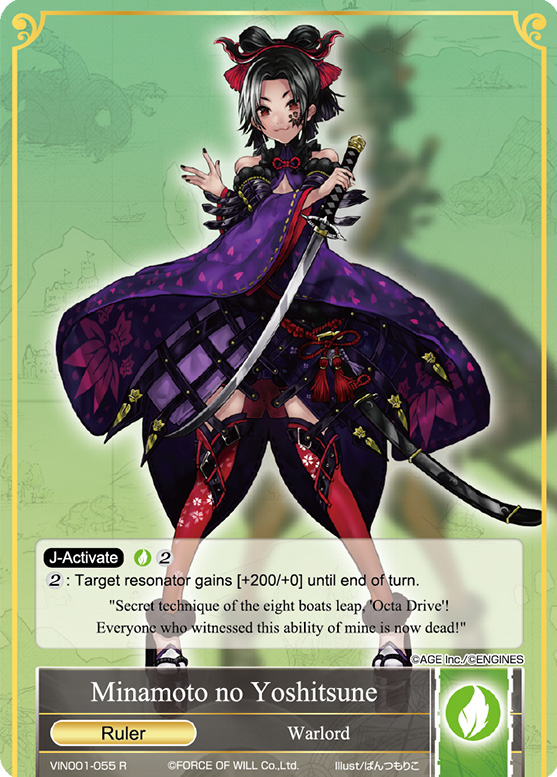 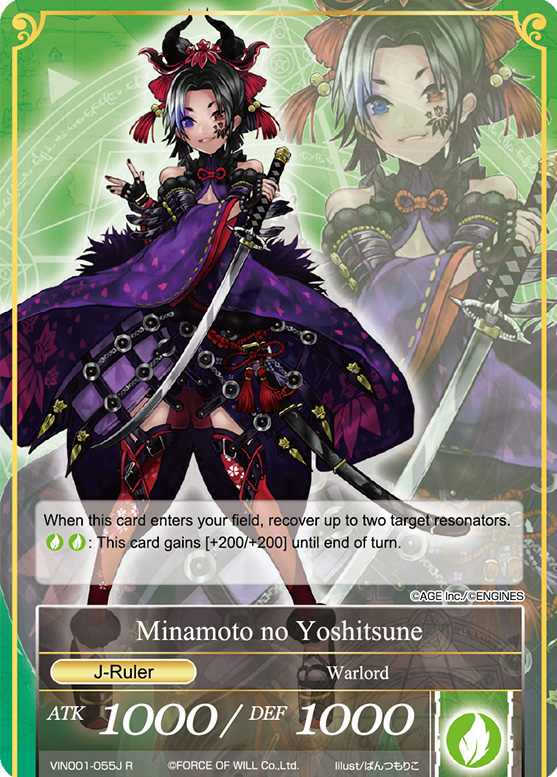 Warlord : Minamoto no Yoshitsune is considered to be one of the most popular warriors in Japan if not the most notable of all samurai in history. With being the premier Wind attribute in Vingolf - Engage knights, Minamoto brings a new aspect to the game that no other ruler provides.  While in Ruler form and at the cost of 2 Generic Will, target resonator gains +200/+0 until end of turn. This ability allows Minamoto to assist any resonator currently on the field and increase its current attack to surpass opposing resonators. But when Minamoto J-Activates by paying the cost of only 1 Wind and 2 Generic Will, Minamoto reveals herself ready for battle.  Upon entering the field this Warlord boasts a commanding 1000 ATK / 1000 Def Minamoto automatically has the ability to "recover" up to 2 target resonators! This enter ability would entail that while in combat after 2 resonators have attacked and go into a "rest position", Minamoto can J-Activate and unrest the 2 target resonators to enable them to attack once again. Also, with the cost of 2 Wind Will, Minamoto is able to boost her stats an additional +200/+200 until the end of the turn. Both of these abilities this Wind Ruler brings will definitely impact the tide of any battle.

But before we can sheathe our blades and and rest our weary browes, 2 more resonators come into play: Attila and Timur . . . . 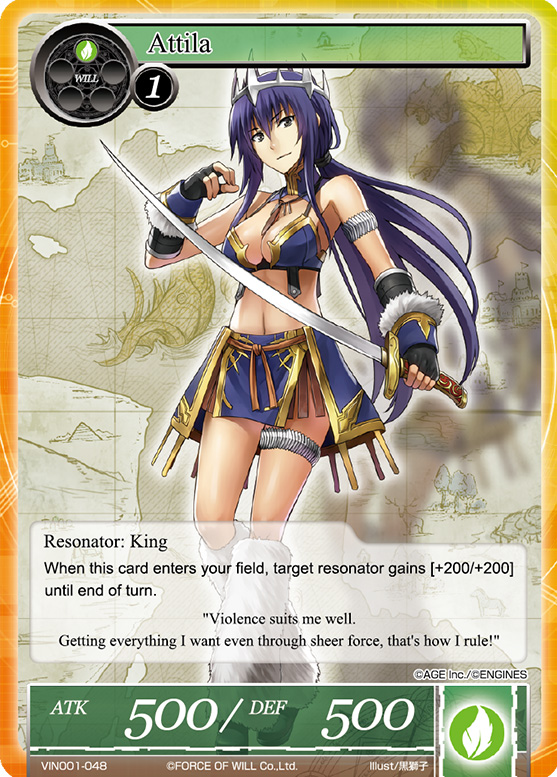 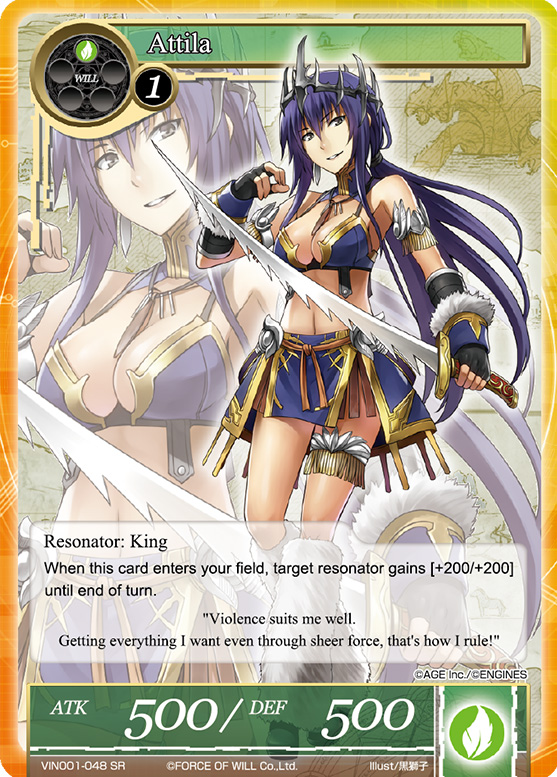 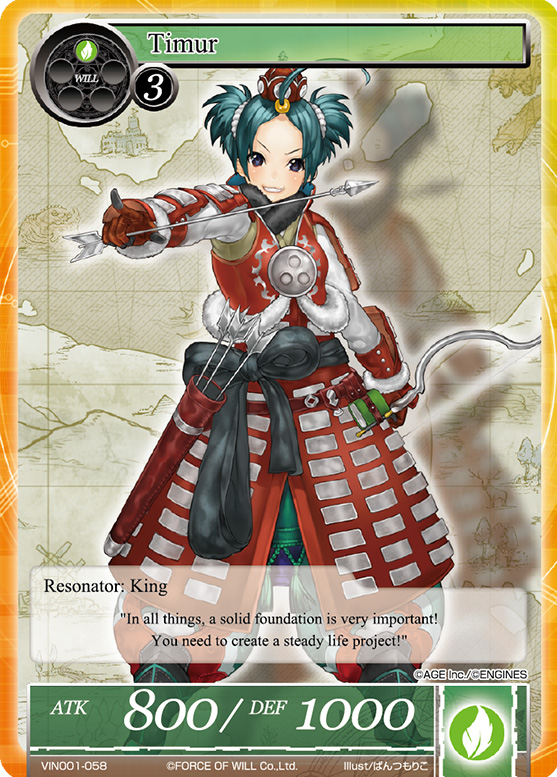 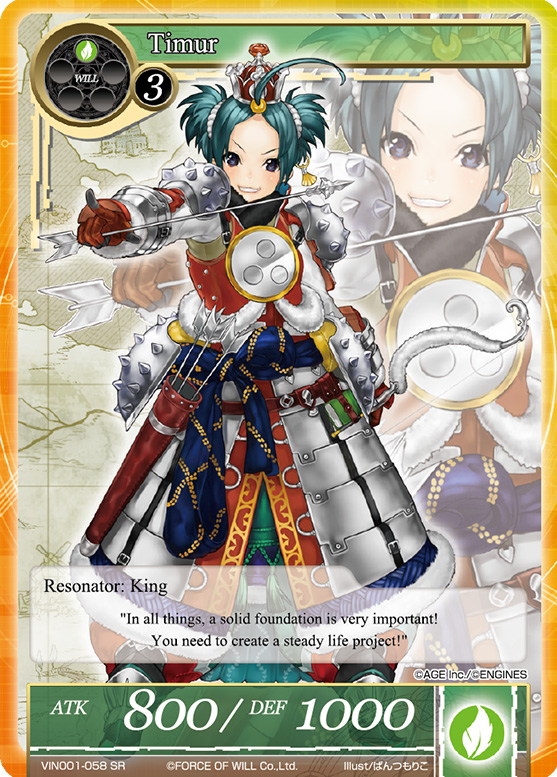 Attila - classified as a " King " with 500 ATK/ 500 DEF at the cost of only 1 Wind will and 1 Generic will, these awe inspiring stats and augmenting enter ability of target resonator gains +200/+200 can enable any resonator previously summoned to the field gain immediate advantage in pressing for early damage or attacking over another resonator.  Keep in mind that if Minamoto no Yoshitsune  is also your Ruler and Wind Will permitting , you have the potential to increase any target resonator by [+400 /+200] until the end of the turn! While not as combative enhancing as Attila, Emperor: Timur carries 800 ATK / 1000 DEF. While requiring 1 Wind will and 3 Generic will and no enter ability, what does Timur bring to field?  Consider a card like " Star Money ", addition : cost of 1 Water Will and Timur is now boosted by +700 / +700 continuously. Both Attila and Timur provide a wide range of possibilities.... What will discover?

As we leave the East Wind attributed resonators of Vingolf - Engage Knights, we move up and across the lands to Resonators Emperor : Pyotr I and Count D'Artagnan. 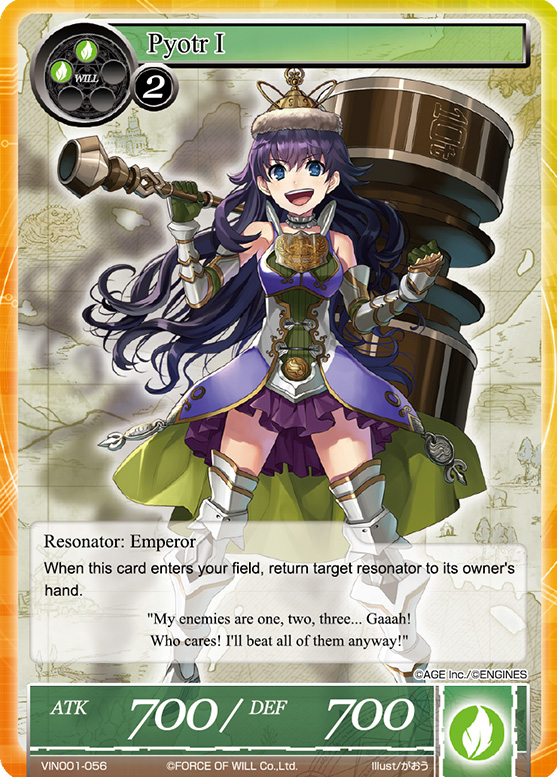 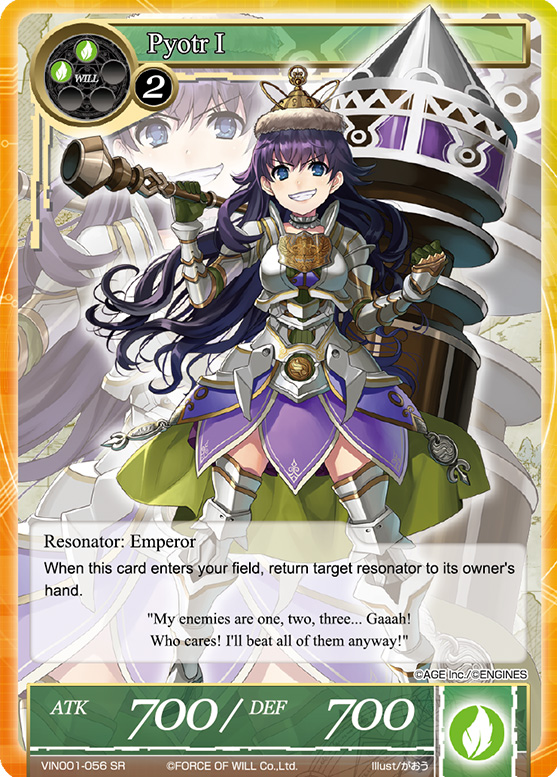 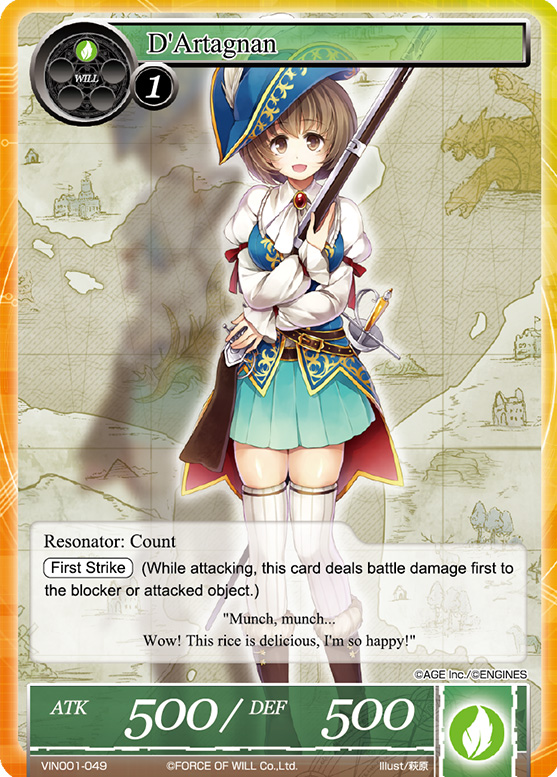 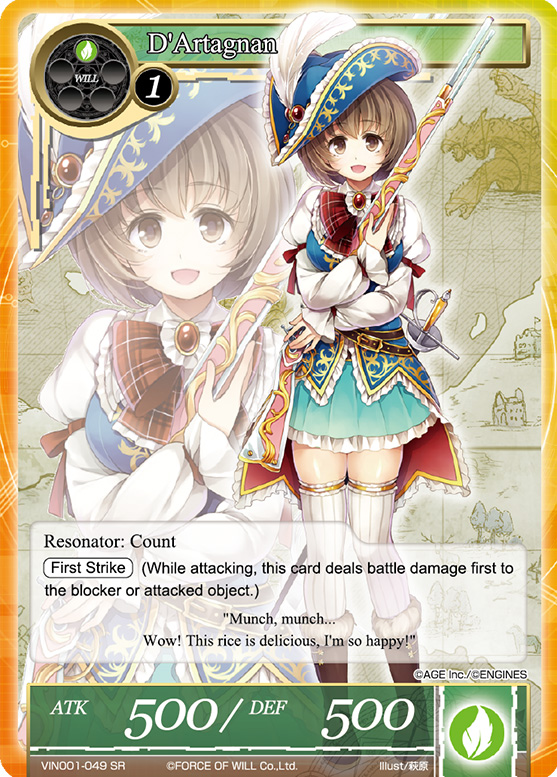 Gazing upon Emperor: Pyotr I formidable stats of 700 ATK / 700 DEF and enter ability: for the cost of 2 Wind and 2 Generic Will. You inherit the flexible ability to return any resonator to owners hand. While this may look to lean to a more aggressive posture, keep in mind this same ability can enable you to bounce a resonator you control to reuse its own enter ability at another stage in the game. An extremely versatile Wind resonator to be contemplated.  But you surmise the potential of Pyotr I, I shall warrant the immediate consideration of Count: D'Artagnan.  Friend and ally to Athos and friend of the musketeers, D'Artagnan's prestige is apparent when gazing upon a resonator 1 Wind and 1 Generic Will wielding 500 ATK / 500 DEF "First Strike" (while attacking, this card deals battle damage first to the blocker or attacked object). Thats literally means D'Artagnan can deal damage before the blocking resonator deals damage! Many early turn resonators will fall to this stout aggression and any Wind based strategy will eagerly want to incorporate D'Artagnan to their line-up.

Vingolf - Engage Knights is a truly sui generis set.  As I stated at the beginning of the article in the unique" Enter " abilities provided.  Every Vingolf - Engage Knight Ruler or Resonator Enter ability will ALWAYS trigger - regardless of how the appear on the field.  This new mechanic will notably impact the current Meta of Force of WIll. The question is, how will you take advantage of this radical new addition? Will you rise as the next Force of Will Champion with the assistance of Minamoto no Yoshitsuno, Attila, Timur, Pyotr I and D'Artagnan at you side?

I bid thee farewell until our next article, may your Force of Will guide you in your campaign towards perfection. 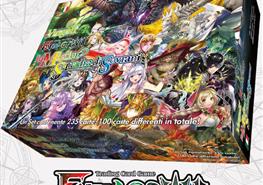 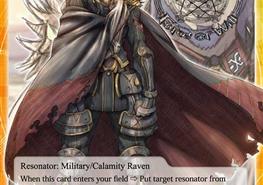 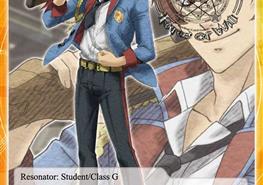 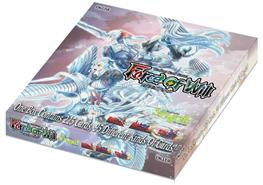 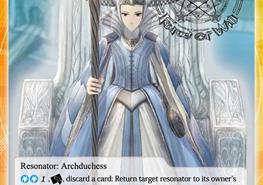