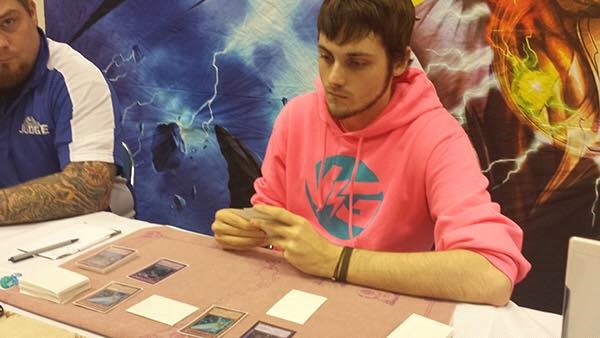 What's your name and how long have you been playing TCG's? What’s games were they?  Did you have any accomplishments in previous TCG's? What are your preferred style of decks to play?

My name is  Jeff Jones, and I've been playing TCG's for 15 years. I started (like many people my age) with Pokémon, went on to play Yu-Gi-Oh (which I still avidly play) and now Force of Will. I'm considered by most people one of the best players of all time in Yu-Gi-Oh, winning 2 of the most important tournaments in the game’s history, as well as innovating some of the best decks of their time. The decks I enjoy playing primarily are usually control or combo oriented decks.

How long have you been playing FOW? What interested you about the game or what do you like about FOW particularly?

I've been playing Force of Will since its initial release in the US. What I really dislike about MTG is how your resources were always in your main deck. At times you can get mana screwed, or mana flooded, and can contribute to very poor games that are outside of your control. Force of Will makes sure that doesn't happen, which I love and is absolutely amazing. It takes the resource system and puts a new great spin on it. I'm extremely the impressed by and happy with the creators of Force of Will (I hope I get to meet them one day!) The game is also more dynamic in feeling than MTG in my opinion, which was another reason why I could never have fun playing it, and have been with Yu-Gi-Oh. The games are more fast paced and interesting.

What was the name of the event the event you topped or won? where/when was it and how many people attended?

I topped Force of Will ARG St. Louis event. There was around 80 people participating.

Prior to the event how did you prepare for the event and what was your expectations on what you types of decks you were going to face?  How is you meta compared to other areas

Prior to this event, Grimm decks had been very popular and there was an uprising of the Odd Grimm deck and the use of the very annoying card "Split Heaven and Earth". Most of my testing was to beat that deck and other aggro-type decks. Abdul's ability, if flipped early can devastate Grimm decks, but with the newer Aggro version of it, it was much more difficult to deal with especially in combination with Split Heaven and Earth. How I decided to deal with this was to use a card most Abdul decks hadn’t been using, and that was Familiar of the Holy wind. As an early drop, it nets you 1 card, and then later can kill of things like a Tinkerbell or Huntsman. While Grimm is a great deck and very consistent, it however does not maintain card advantage very well. You are able to use your Familiar of Holy Wind to mitigate the early damage you deck while also making your opponent take a minus in advantage if you're able to kill something with the Familiar.

You are then able to use cards like Elvish Priest and Gretel to ramp, allowing you to also play an early game Fiethsing. Fiethsing is almost the bane of all aggro decks. With her ability to negate the damage from one thing (and possibly block and kill it) and block something else, she helps mitigate so much damage early so you don’t get murdered by Split Heaven later. Not only that, she also produces 1 mana of any color, which means you will have lots to spare for counter spells to stop opponents plays with Xeex and Cake Zone.

What deck did you decide to enter with and why?

I used Black/Red/Green Abdul. I feel like Abdul is probably the strongest deck, and I had the best chance of doing well in a tournament of the current meta with Abdul.

Any tips for other players on how to play the deck?

You really have to keep track of things and manage resources correctly. Many people I've seen play Abdul (or any deck that uses Counter spells) plays them completely wrong, and will use things like Xeex or Cake Zone on the wrong things.

What was your match line up?

My only loss was to the Odd Grimm player who was able to draw back to back Split Heaven and Earths and I didn’t have a Cake Zone. I actually didn’t draw 1 all three games we played. My opponent also topped the event, and was a really nice guy.

Reflecting back on the event  - was there any choices that you thought you should've made but didn't?

At the current time with my knowledge of the game, not particularly.

What do you expect or hope will happen in the future with FOW?

I really hope Blue decks get some more and great support. Green is the best color right now, as it has both Ramp and Counter spells, and it makes it so many decks cannot see as much play. Another problem I can see is Split Heaven and Earth. When a card or cards hinders the playability of cards in an entire format, something has gone wrong and needs to be corrected. Split Heaven and Earth does exactly that, and Green based decks are bordering doing that right now. With the limited card pool, it makes things difficult, so hopefully with the release of more cards things get better.

Will you be attending any event? Overseas?

I will be going to all of the Force of Will regionals I can! Hopefully, after that, who knows? I would love to go over to Europe.

Do you have any comments you would like to add? Any tips for new Players?

I hope everyone keeps supporting Force of Will in positive ways, so we can all keep this game we love alive! Hope to see everyone at future events! 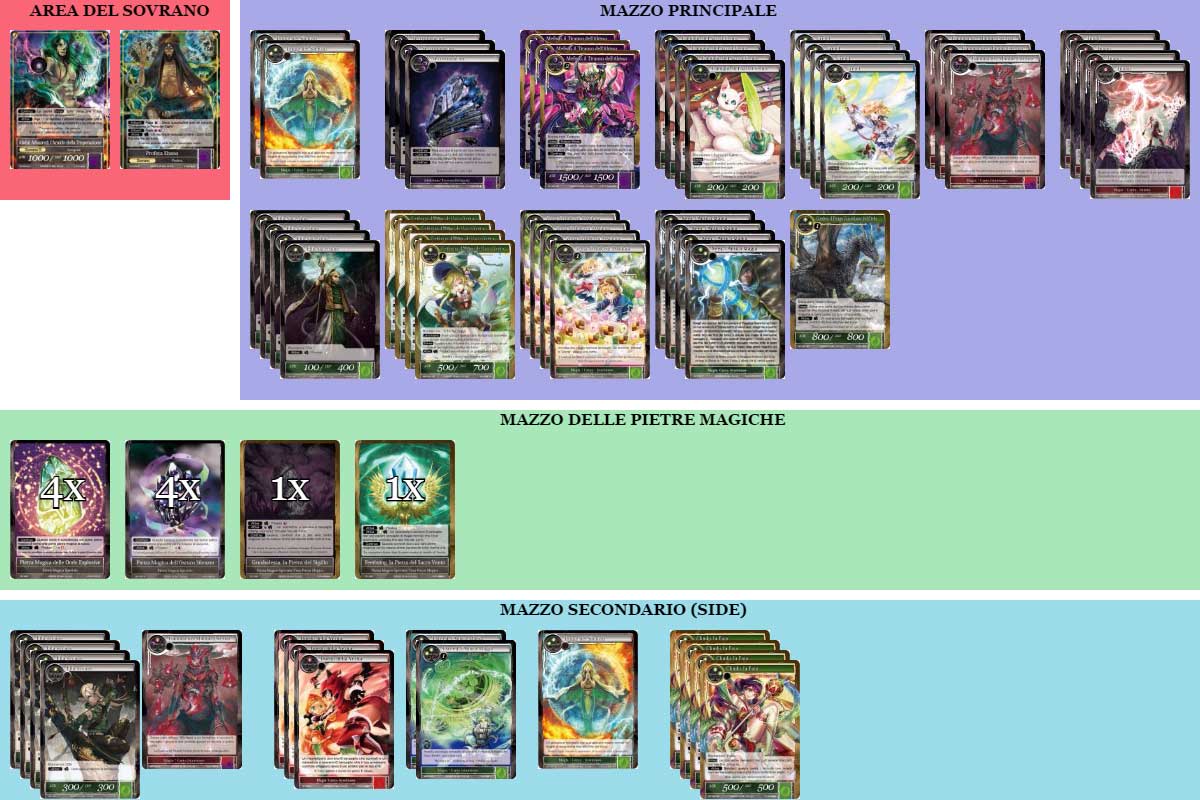