This time it's really the case to say it, because we're going to introduce three characters that made the story of the Grimm Cluster, since the first set of “Crimson Moon Fairy Tale”

The first one was, and still is, one of the most played Rulers. In his latest version as a resonator he didn't have the same success, but sometimes he can be found in the side decks as ad hoc removal for characters like Mephisto. After a break during “Moon Priestess Return” the leading character of the block is back: Grimm, the Heroic King of Aspiration. 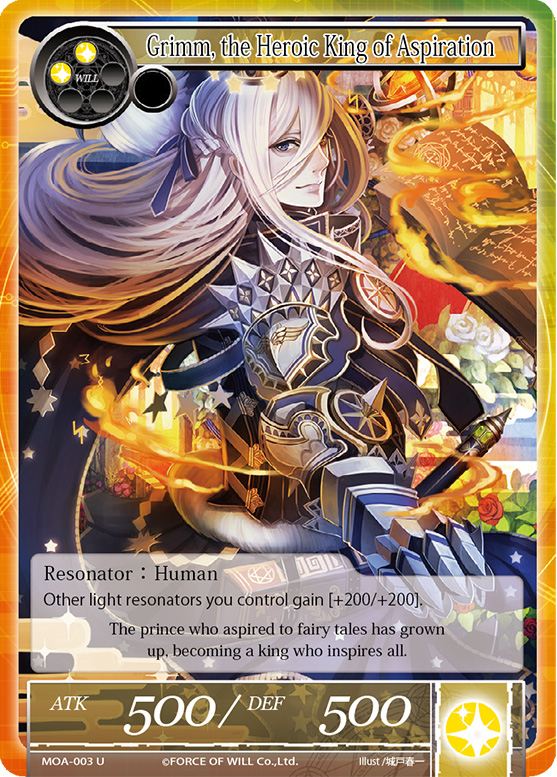 He's no longer a Fairy Tale prince, but a king who inspires all his subjects . Grimm has grown up and thanks to his power he can donate a bonus of +200/+200 to the other light resonators. This means that with only two Will we can summon on the field a 500/500 that thanks to his charisma will rise ATK and DEF of those on his side.

The wake of the King couldn't miss his loved sister Lumia 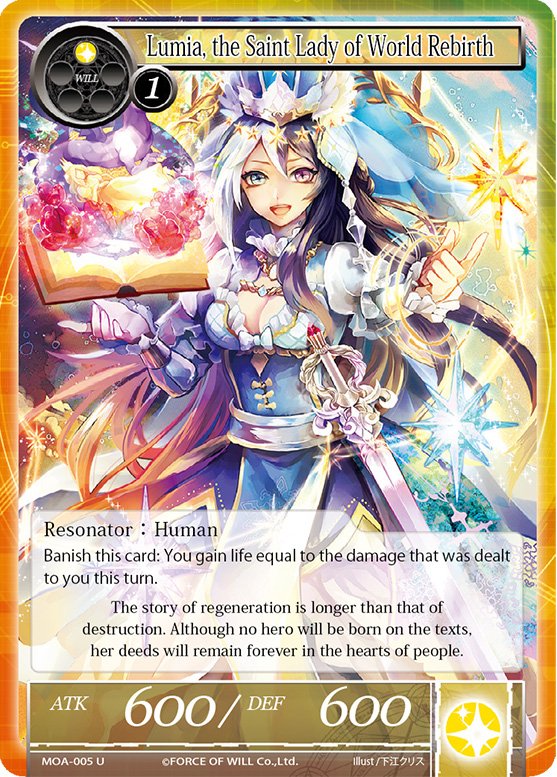 The rebellious girl of “The Castle and the Two Towers” didn't earn the same success as her brother as a Ruler and we see her for the first time as a resonator with the name of Lumia, the Saint Lady of World Rebirth.

At the cost of two Will, we have a 600/600 that thanks to her effect allows us to banish her to gain as much life points as the the damage that was dealt during that turn. A sign of the sacrifice she made to save the world from the darkness that was incarned in the figure of Abdul. Coupled with her brother she's a resonator not to take lightly since she can become a 800/800 at cost two who's able to direct games since the very first turns of the game.

The third and last character that we meet is the one that always had the fate of the universe in her hands. At first as a symbol of the eternal fight between light and darkness, and afterwards as the incarnation of hope in the role of Grimmia, the avatar of Grimm and Lumia. Now she's back as: Pandora, the Princess of History Chanter. 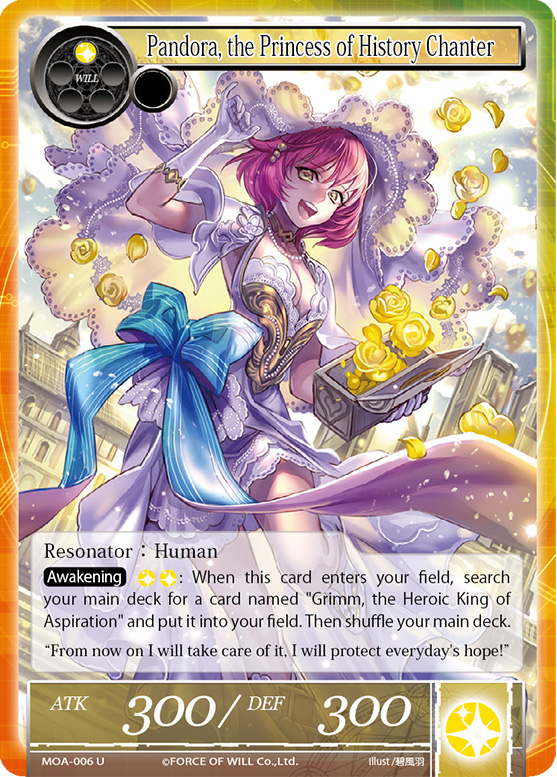 Just a single Light Will is enough to play this resonator, but we're pretty sure that all will want to pay two more to activate her Awakening and put on the field Grimm directly from the deck. In this way at the low cost of three Light Will we'll have two resonators with nice ATK/DEF values to pressure our opponent.

True to her myth, Pandora brings with her a box, that in this version, luckily, is filled with hope. 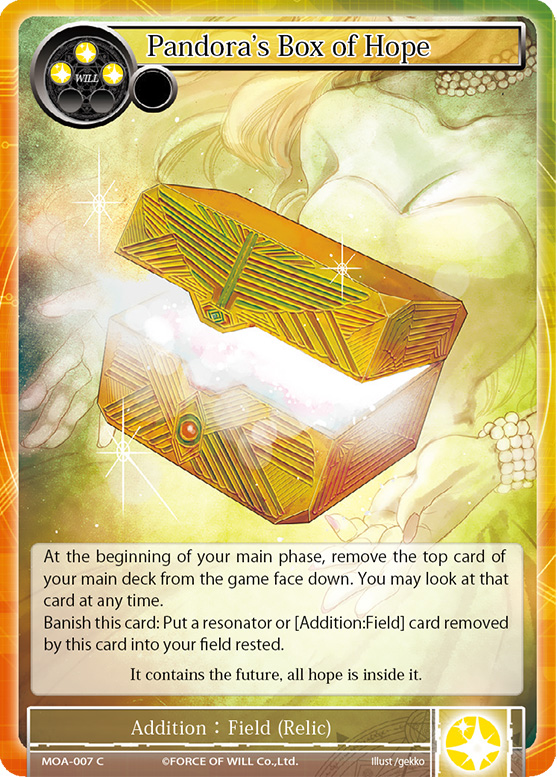 This Relic costs three specific Light Wills, which are, however, repaid by a really interesting effect: at the start of our main phase we must remove from the game the first card of our deck. If we decide to banish the Box, we can play a resonator or an Addition: Field among the cards removed from this effect. Another way to play it “as a suprise” resonator and Addition:Field that could resolve our game without resting magic stones.

For the end of this spoiler we're presenting a Spell: Chant-Istant created specifically to fight the sworn enemies of the Light: the Chtulhus. 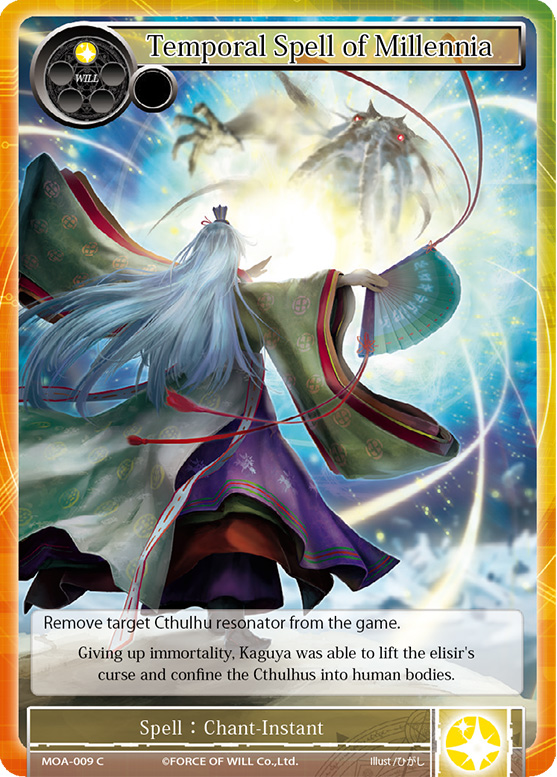 At the low cost of one Light Will we'll remove from the game a target Chtulhu resonator, this way we'll be preventing the threat from being back form the graveyard. A card purely for the side, but just like all cards of this kind could turn the outcome of a match in our favor.

We've come to an end of this episode of Fairy Unchained. Hoping to have tickled your curiosity, see you at the next spoiler!