Fairy Unchained: an Army of Light

Welcome back to the new episode of Fairy Unchained. Today we'll bring you five new Light resonators, including a new version of a long time friend. Jeanne d'Arc. 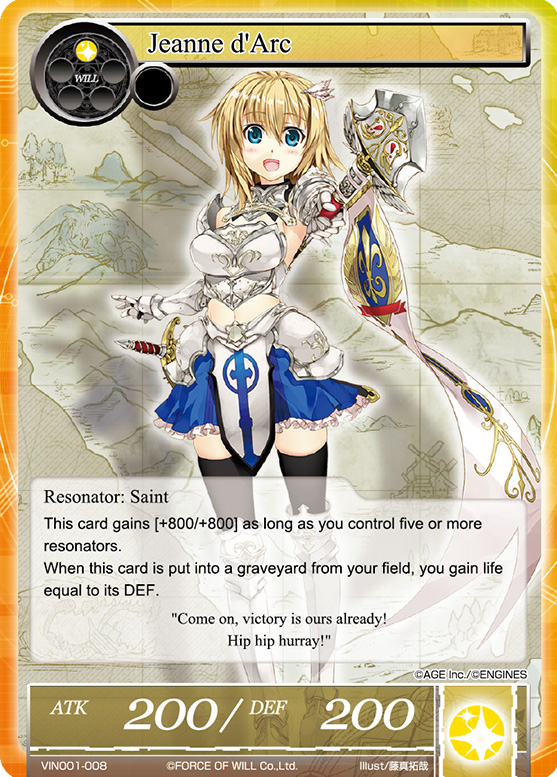 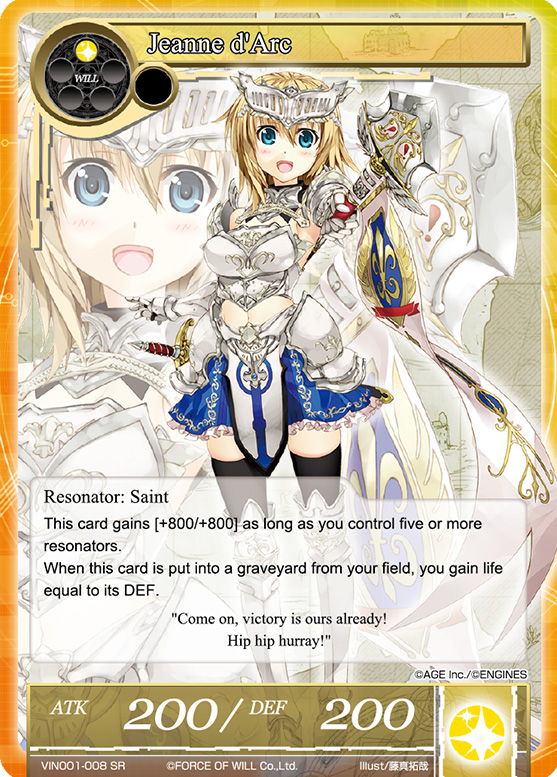 Jeanne d'Arc is a cheap resonator (she cost only one Light Will) with low ATK/DEF values, but she can become a 1000/1000 if at least other four resonators are in our field. Jeanne d'Arc does her best in a Light aggro deck made of cheap resonators with good ATK/DEF values like the Holy Warrior of Hope. Even this version of Jeanne is a Saint which means that we can protect her with Breath of the God withou pay Will or we can play her with March of Saint to make our Light resonators unblockable. Jeanne d'Arc can help us against Fire decks too thanks to her ability to restore our life points based on her DEF value when she is put into a graveyard from field. 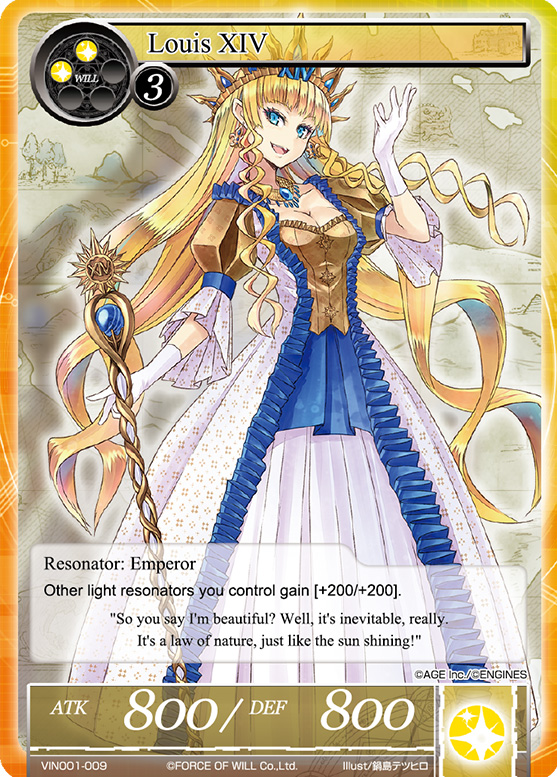 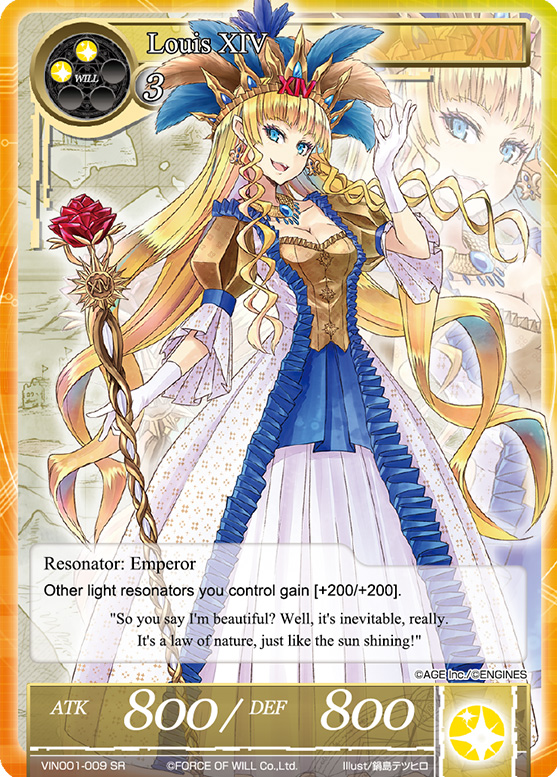 Louis XIV, best known as the Sun King, is a [800/800] resonator for five Will cost. Her DEF is not so good in proportion to her Will cost and makes her an easy prey for removal like Flame of Outer World. Although, the global bonus she can confer to our Light resonators is not to be understimated, especially if combined with Jeanne d'Arc and March of Saints. 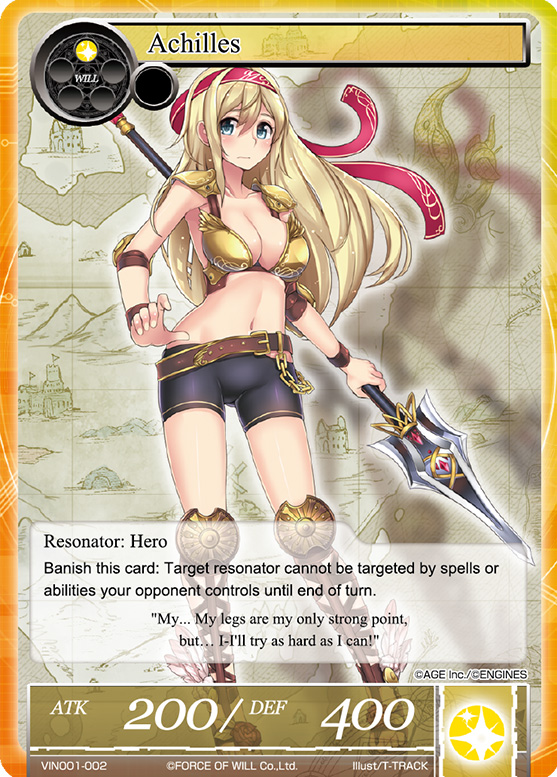 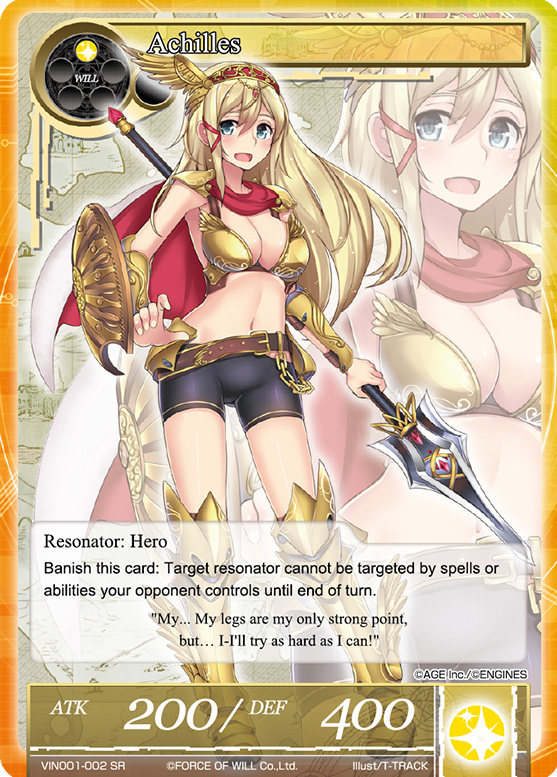 Achille is a [200/400] resonator at the cost of one Light Will, which makes this card very similar to Queen's Butler. Achille share also his role in a deck, sacrificing herself to protect a resonator from our opponent's spells and abilities. Notice that she allow us to target that resonator meanwhile it's protected from the opponent. Overall, Achille is a good resonator with a low cost that can be player both in aggro and control deck and that can negate a removal or can prevent the opponent from adding an addition to his resonators. 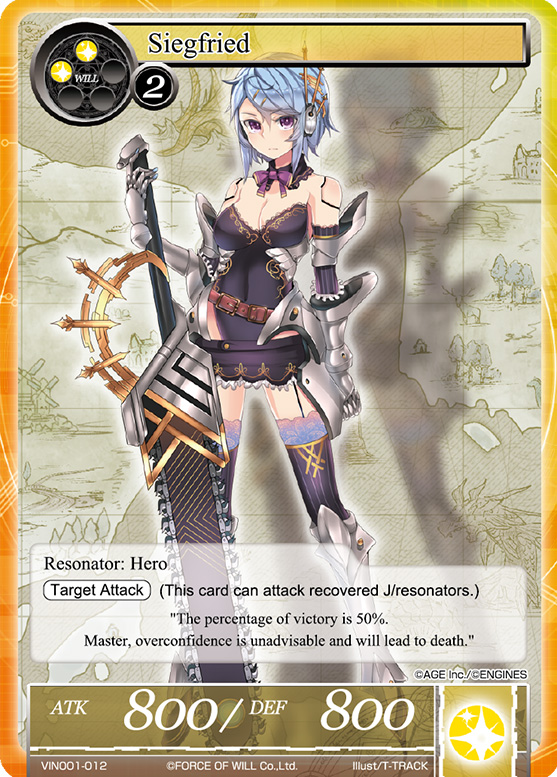 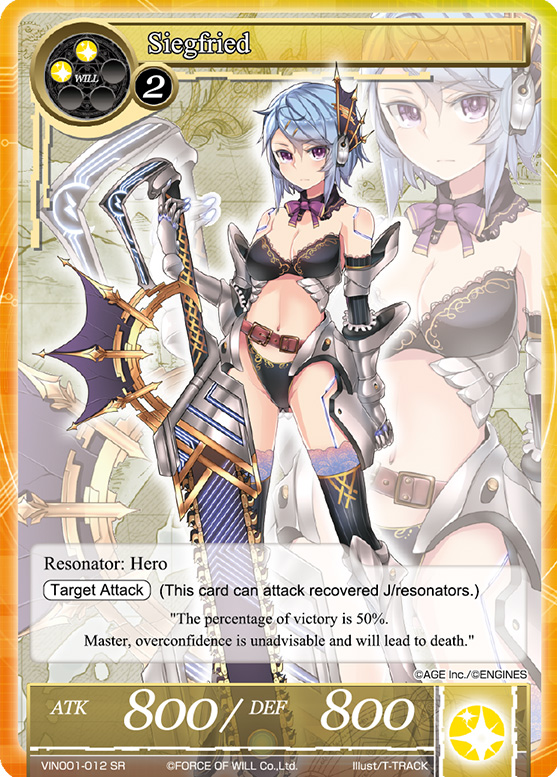 Sigfried, an epic hero from norrean mythology, is a resonator with good ATK/DEF values for her Will cost. [Target Attack] is a key ability that allow Sigfried to kill annoying resonators or J-rules with DEF equal to 800 or less, like Pandora of Light/Dark and Scheherazade. Unfortunately, Sigfried loses comparison with others Light resonators at similar cost, like Abele, Avenger of Gods or Jeanne d'Arc, the Awakening Purity. 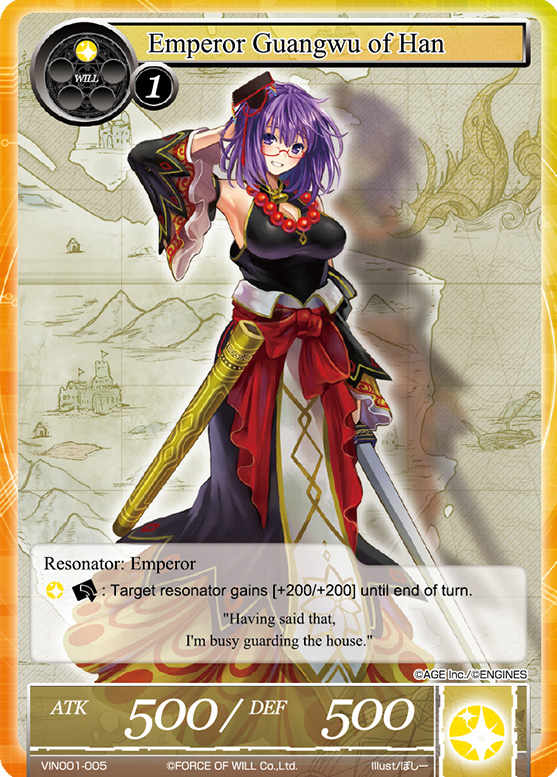 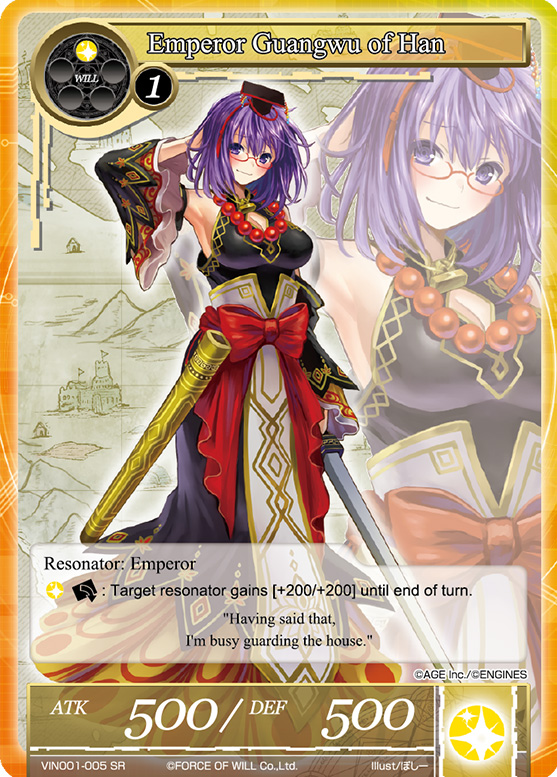 Emperor Guangwu of Han, known also as Liu Xu, is a supporting resonator with good ATK/DEF values for her Will cost. Her ability reminds the one of Little Red, the Pure Stone but the main difference is that Guangwu is a resonator. This can be both an advantage (she can attack and block and synergize well with Jeanne d'Arc) and a disadvantage (her low DEF value make her a easy prey for nearly all removal, like Thunder).
This is all for today. See you on the next episode!