Alice, the Girl in the Looking Glass

Welcome back to a new episode with Rise of The Ruler dedicated to the spoilers of Seven Kings and today we’re going to talk about an old friend of the Force of Will universe: Alice, the Girl in the Looking Glass 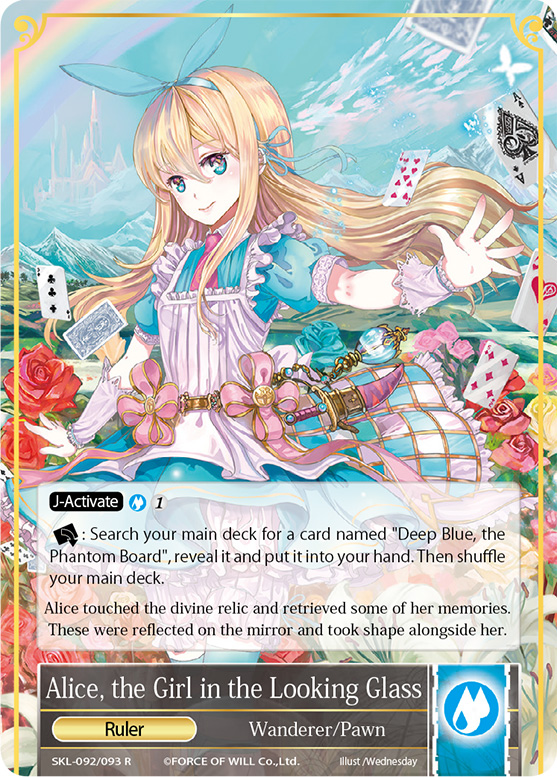 Alice, the Girl in the Looking Glass is a Water Ruler that, beside the J-Activate at the cost of two Wills, has another interesting ability. Exhausting her Alice will allow us to search in our deck her Regalia, Deep Blue, the Phantom Board. Ability that we could use on chase to her Judgement. Alice, also, shows two interesting characteristics linked between them: the first one is to have Pawn as a Race, the second one is to have two different versions of J-Ruler like it was for Pandora. 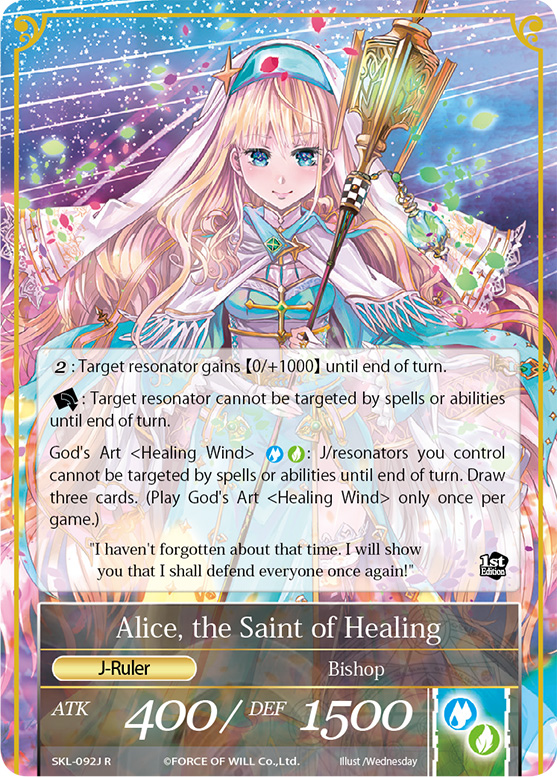 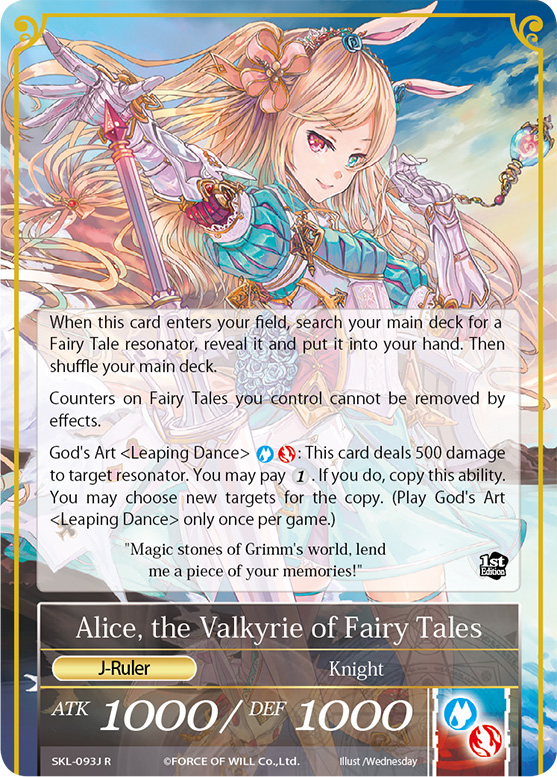 The first J-Ruler version is Alice, the Saint of Healing, were Alice from Pawn is promoted to Bishop. In this form Alice is a really defensive J-Ruler, both for her stats [400/1500], the highest DEF printed on a J-Ruler till now, and for her Activated abilities. Paying two generic Wills we’ll be able to buff of [+0/+1000] one of our Resonators, even more times in the same turn. Her second activated is a reference to Alice, the Guardian of Dimensions; resting our J-Ruler we can make a Resonator intargeatable from spells and abilities. In the end, Alice, the Saint of Healing’s God’s Art allows her, a single time every game, to make all our Resonators and J-Ruler intargeatable and to draw three cards.

Alice also has a continuous ability that prevents counters from being removed from Fairy Tales we control. At first look it could seem like a disadvantage, since the only Fairy Tale Resonator with counters is Kai, but is really synergic with the cards we’re going to see now. 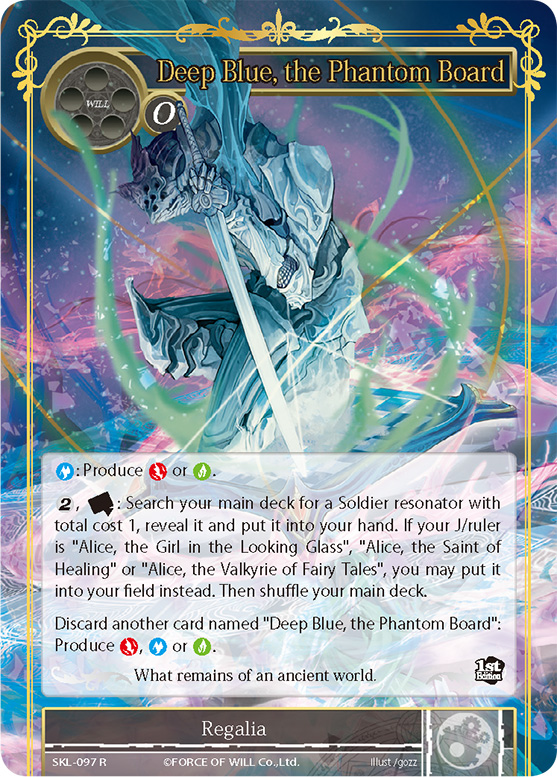 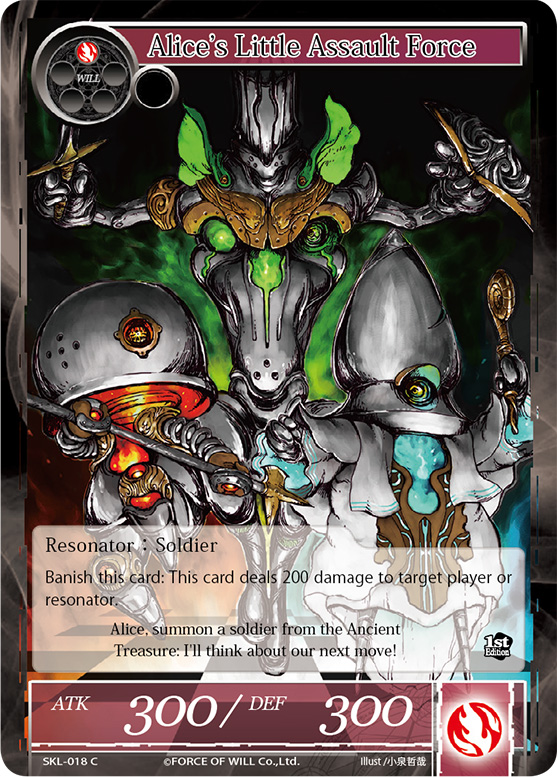 Deep Blue, the Phantom Board is Alice’s Regalia, and unlike the other Regalias we’ve seen till now, it doesn’t grant particular abilities to our J-Ruler.

Deep Blue allows us to filter our Water Wills, converting them to Fire or Wind and allowing us to play easily Resonator with a low of specific Wills in their cost. At the cost of two generic Wills it allows us to search for a Soldier cost 1 resonator and add it to our hand or , if we control Alice, the Girl in the Looking Glass or one of the two J-Ruler versions, to put it directly on the field. This ability can seem not much incisive but the possibility to create a blocker as a response to a declaration of attack could be really useful in a lot of situations. In the end we can discard a second copy of Deep Blue to gain a Fire, Water or Wind Will.

Amongst the Soldiers we can search and summon we can meet the Alice’s Little Assault Force, a resonator at the cost of one Fire Will. It has nice stats and the Little Assault Force can be banished to deal 200 damage to a Target Resonator or player, resulting in a good card for both aggressive and control decks. 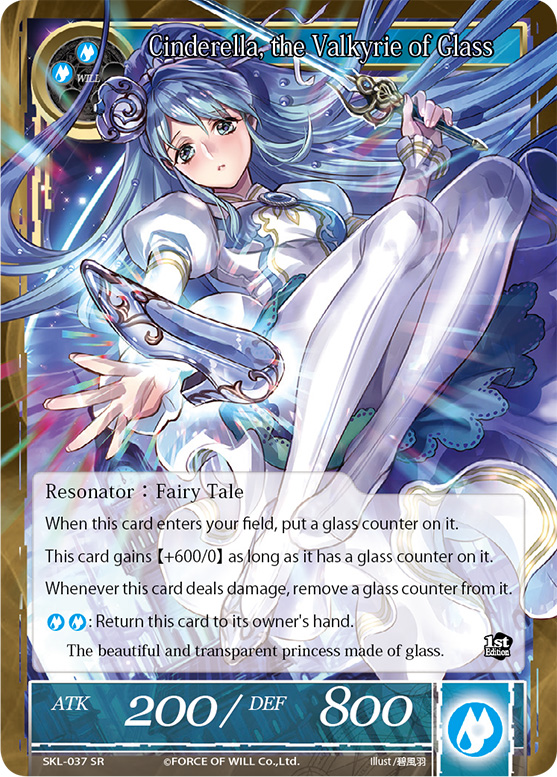 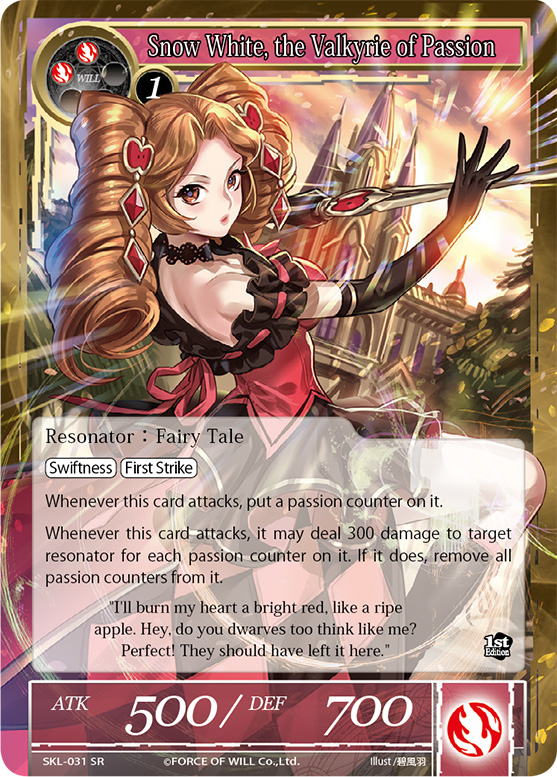 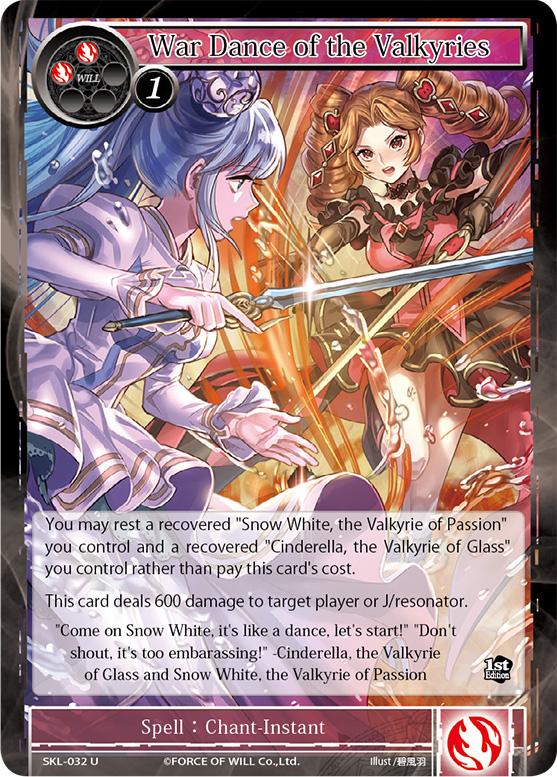 In this expansion there are two new Fairy Tales, the Valkyries summoned by Alice thanks to the memories of Grimm’s world to fight by her side. The first we meet is Cinderella, that from a Darkness Nightmare is purified and becames a Water Fairy Tale at the cost of two specific Wills. When she enters Cinderella gains a counter, representing her crystal shoe and, as long as that counter remains, the Valkyrie of Glass will have the enormous profile of [800/800]. When she deals damage, Cinderella loses the counter and with it 600 points of damage but, thanks to her Activated ability, we can put her back in our hand and play her again with a new counter.

Beside Cinderella we find an old mate of her, Snow White. As Valkyrie of Passion, Snow White is a really aggressive Resonator with both Swiftness and First Strike Simbol Skills, both really synergic with the Continous abilities of this card. Every time she attacks, Snow White will gain a passion counter and could decide to deal 300 damage to a Target Resonator for every passion counter on herself, allowing us to dispatch of defending Resonators or to kill an exhausted Resonator coupled with First Strike without losing Snow White.

It’s all for now, till next time from Games Guardians! 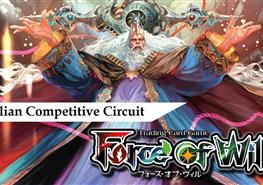 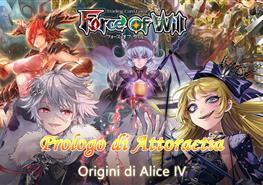 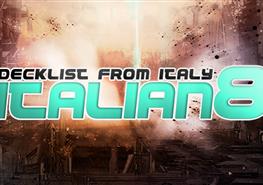 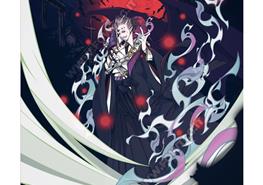