The Infernal Medusa, the terrible Gorgon

Welcome to this new episode of Fairy Unchained dedicated to the spoiler of The Seven Kings. Today we're going to deal with monsters coming directly from the myths of ancient Greece: the Gorgons. 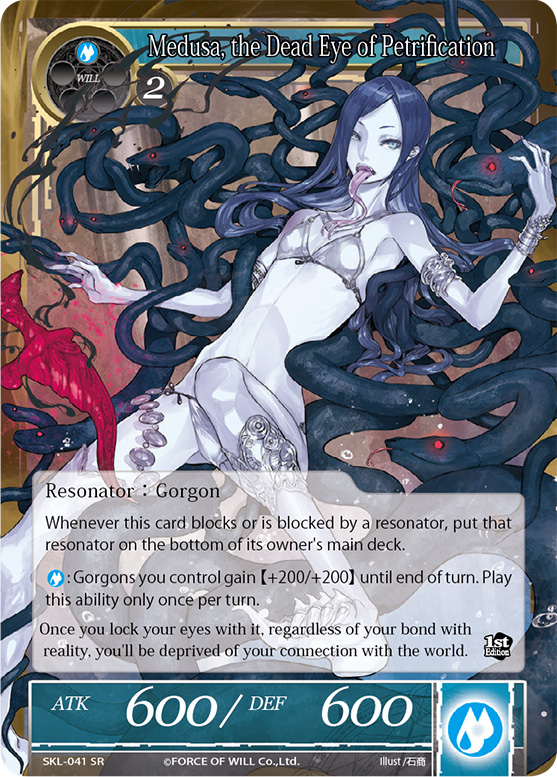 The first is the most famous Gorgon: Medusa, the Dead Eye of Petrification . This SR has a rather balanced set of characteristics for its cost of three Wills, of which only one has to be Water. When she blocks or she's blocked herself, Medusa confines the opponent resonator to the bottom of its owner's deck. This effect is applied before assigning the damage so, unless Medusa is attacked while she's exhausted or by a J-Ruler, she can't be destroyed in battle, and she'll be almost unblockable. Finally, paying a single Water Will, once per turn we'll be able to strengthen all our Gorgons with a bonus of [+ 200 / + 200]. 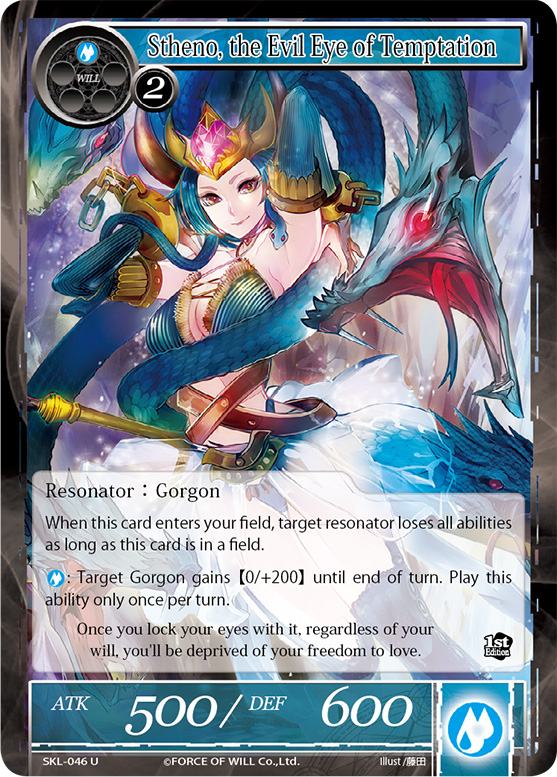 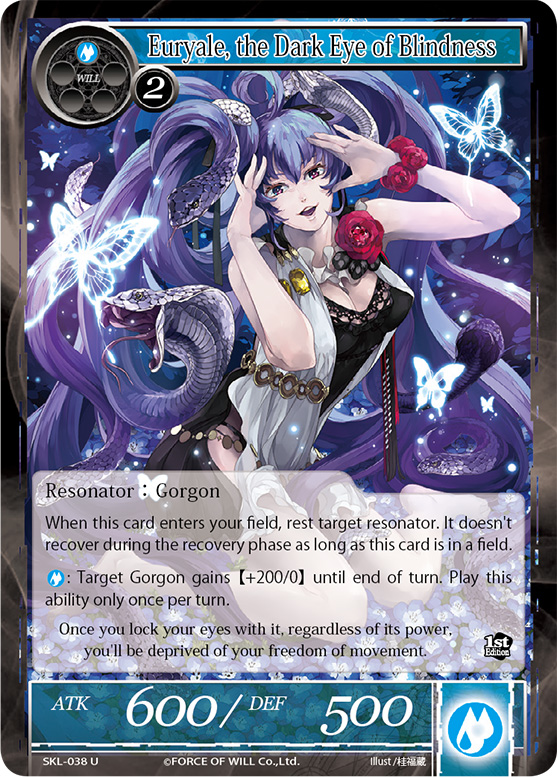 Stheno, the Evil Eye of Temptation  is the second Gorgon that we're going to analyze. Despite having characteristics slightly below average, when this resonator is put on our field she allows us to remove all the abilities of a target resonator as long as we're controlling her. Moreover, Stheno increases her survivability or of one of her sisters, since at the cost of a single Water Will, once per turn she can give a bonus of [+ 0 / + 200] to a target Gorgon.

Euryale, the Dark Eye of Blindness is the third and final Gorgon present within The Seven Kings. More attack-minded than Stheno, although Euryale doesn't shine when it comes to the cost/features ratio. However, upon Entering Euryale will exhaust a target resonator, preventing him to recover during his recovery phase until the Gorgon will remain in our field. Just like her sister, Euryale too is able to strengthen (once per turn) a Gorgon giving a bonus of [+ 200 / + 0]. 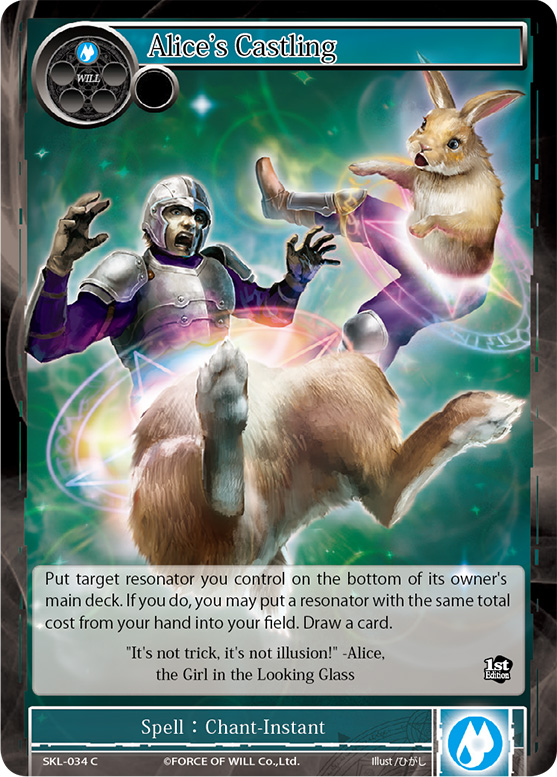 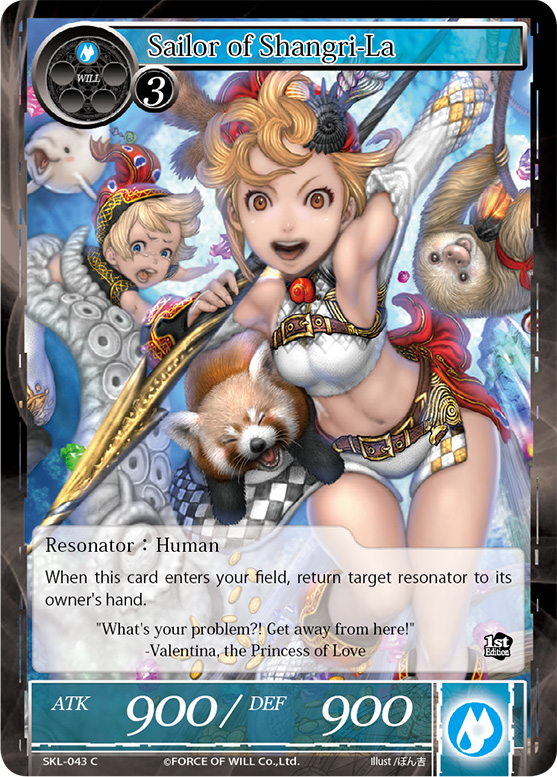 The [Magic: Chant-Instant] Alice's Castling is a card that at first glance may not say much, allowing us to send to the bottom of our deck a useless resonator to draw a card. However, in synergy with the Gorgons, it could reveal a surprise or two. Played in response to an opponent's attack, in fact, it could make us replace any resonator at cost three with a Medusa from our hand ready to block and, moreover, letting us draw a card!

Sailor of Shangri-La is a versatile resonator that when put on the field will make a target resonator go back into our opponent's hand. We had already seen a resonator similar in CMF with The Swordsman of the Full Moon, with whom shares the characteristics of both the Will cost but with one specificWill less, resulting more playable in decks with multiple attributes, even though we must give up the skill Flying. The Sailor has a nice synergy with Stheno and Euryale since bouncing and replaying them we can change the target of their abilities.

That's all for now, see you soon with Games Guardians! 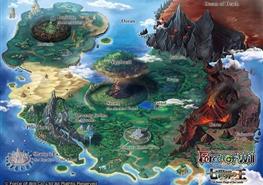 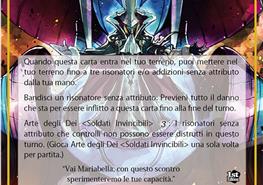 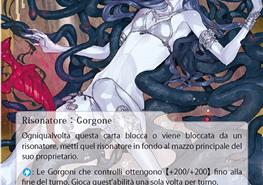 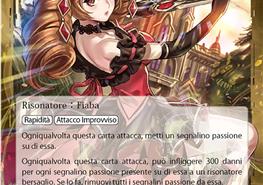 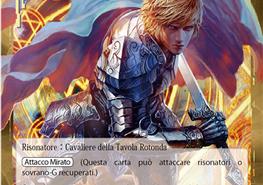