In the past weeks we have seen Kaguya's return, ready to defend the earth. We have also seen the Cthulhus and we know the Genesis Brothers: Abel and Cain. Today, instead, we'll go to meet a little girl with a great passion for stories and a woman able to capture the attention of anyone who listens to her tell events so astonishing to deprive them of sleep! Welcome Liberator of Wind / Scheherazade, the Teller of 1001 Stories! 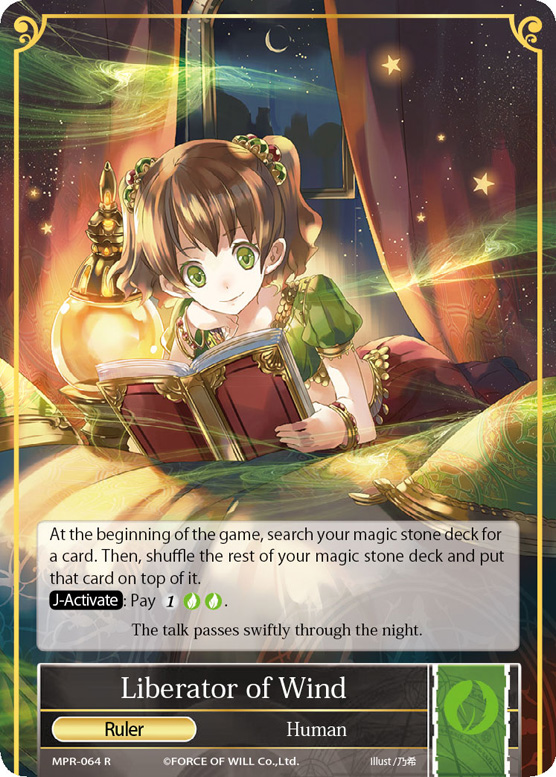 Liberator of Wind is a really unique Ruler. Her only ability, beside the J-Activate, is one that allows us to choose the first stone we'll play for the match. Before the start of the game we'll be able to choose a card from the stone deck, shuffle the rest, and put the choosen card on top.

Call a True Magic Stone from the first round is one of the best options with the wind attribute, but even the new Moon stones could be used in a unique way with this Ruler.

Then, after paying three will of which two must be wind, we can do Judgement and transform the gentle girl in to the beautiful: 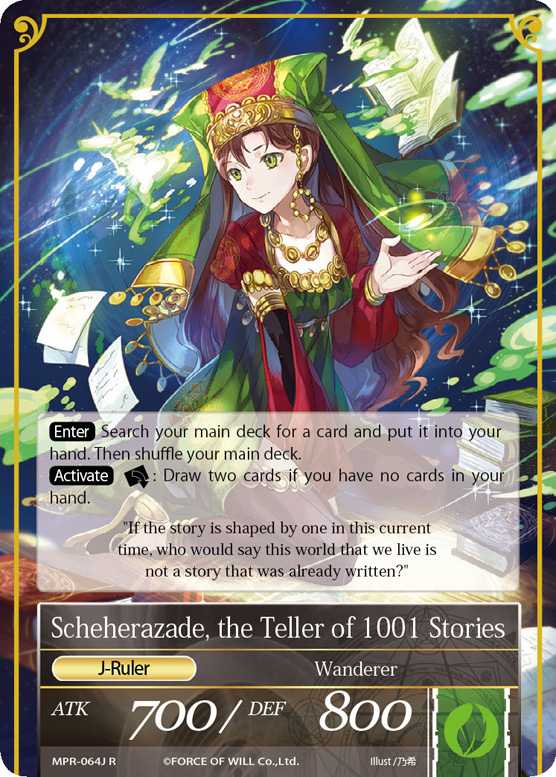 The nice Scheherazade displays two abilities: with her enter the player can search a card in their deck and add it to their hand. This will allow players to add cards in singleton fashion, knowing that they'll be able to search the one they need the most with the help of their Ruler.

This ability will allow her to gift her controller an answer to the threats of the opponent.

Even the second ability reflects the will of giving this Ruler great control power. If the player of Scheherazade should be without cards in his hand he'll just need to rest her to be able to draw two new cards. 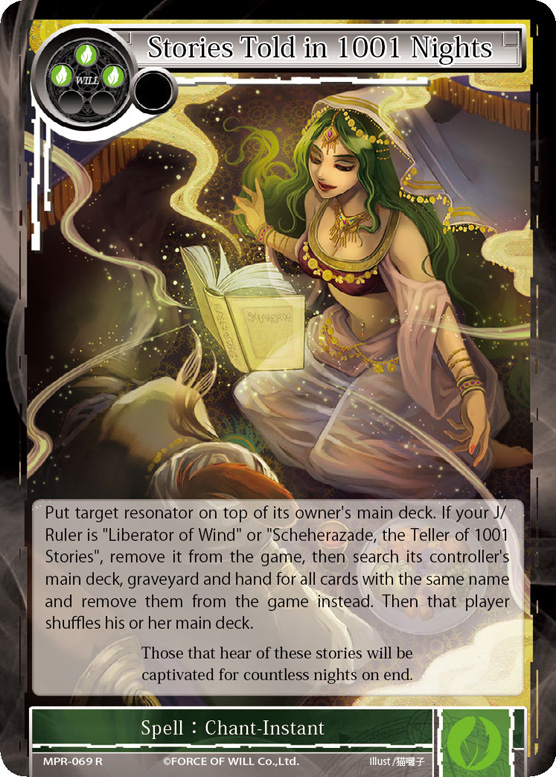 Stories Told in 1001 Nights is the symbol card of Scheherazade. In the traditional story the young girl takes advantage of her stories to prevent her husband from killing her. As in the story, Scheherazade can exploit this to prevent opponent resonators from attacking her.

Obviously this card is really strong both in early and in late game, forcing our opponent to lose cards really important to him.

And who can best support our storyteller better than some characters of her stories? 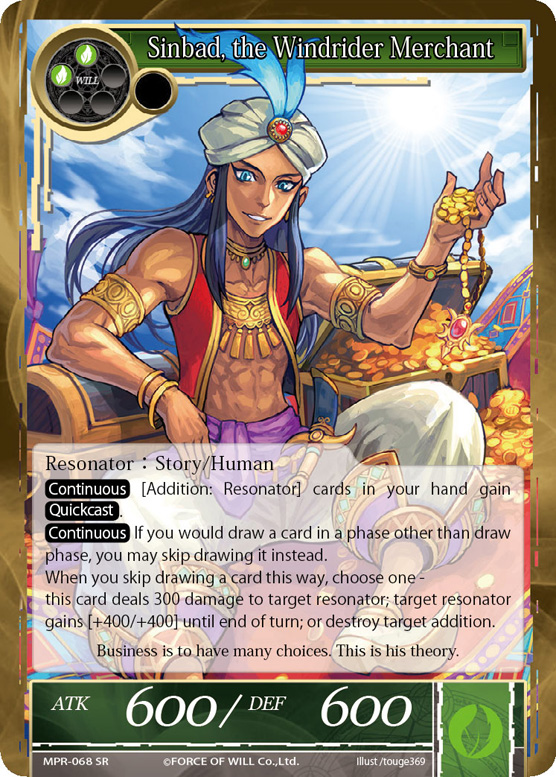 Sinbad, the Windrider Merchant shows some amazing abilities and really high attack and defence values. Needing only two will attributes, Sinbad enters the field as a 600/600.

His first ability gives all the Addition: Resonator in our hand the new ability “Quickcast”, that allows us to play those cards even in our opponents turn.

His second ability activates every time Sinbad controller is about to draw outside of the draw phase. Giving up that draw we will be able to choose between three option: Deal 300 damage to a resonator, boost a resonator by  +400/+400 or destroy an addition. 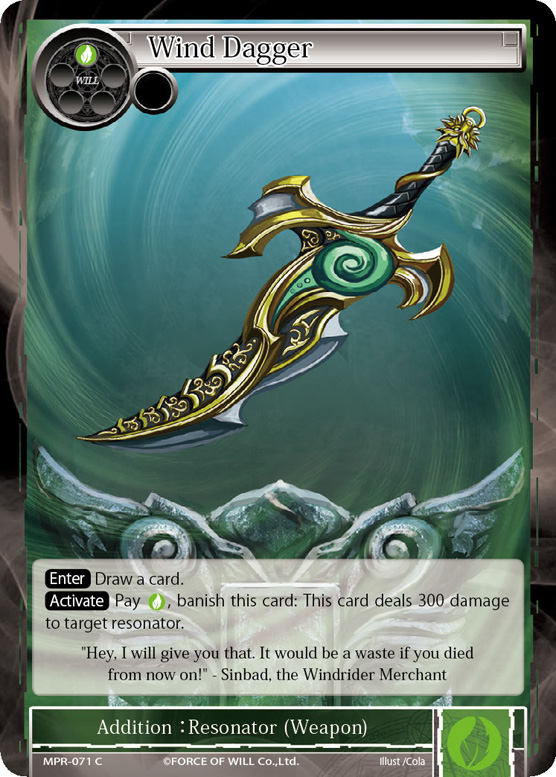 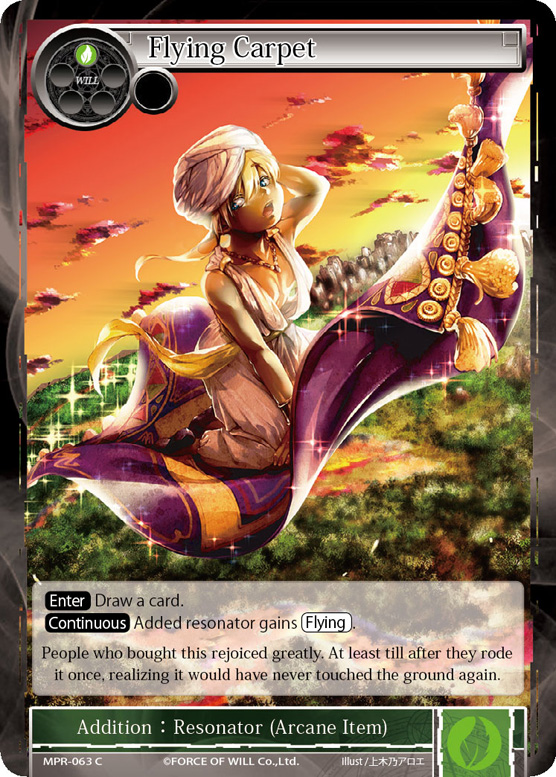 For only one Wind, we have an enter effect that will allow us to draw a card. This matches perfectly with Sinbad that will allow his controller to play those cards in the opponent turn, thanks to Quickcast, and surprise him. Also, by giving up the draw, it will be possibile to make the most of Sinbad effects.

Additionally, the carpet will allow the resonator to encounter less obstacles on his journey to the opponent life points, while the dagger will take out the weak opposing resonator. Take a notice that playing the dagger and destroying it will be possible to deal even 600 damage, at the low cost of two wind will.

But Sinbad is not only good at annoying the opposing player: 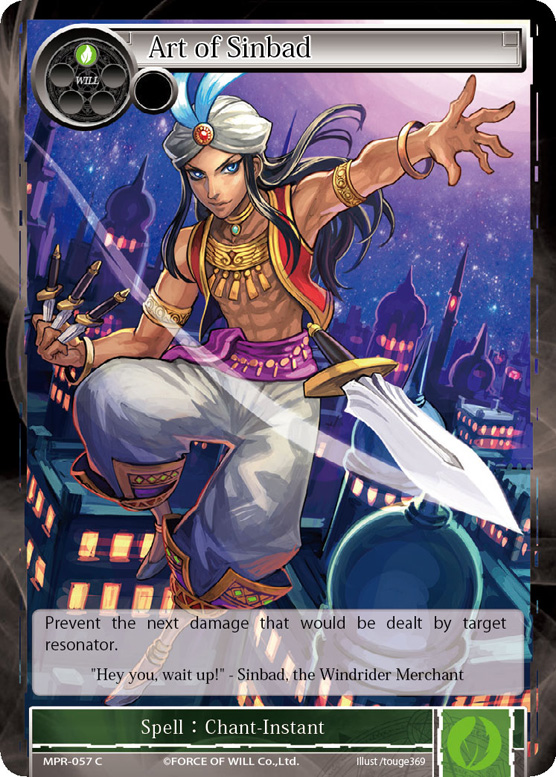 Art of Sinbad is a really good Chant Instant, at the low cost of one Wind will it will allow us to void the next damage a resonator will inflict. This will be really helpful for saving our resonators and for keeping safe our life points, if played at the right time it will be surely able to give us a big advantage.

What more to say, Scheherazade and her stories have arrived as a lethal combination, able to give both a good control and to dominate the playing field.

That’s all for “Rise of the Ruler”- see ya next week! 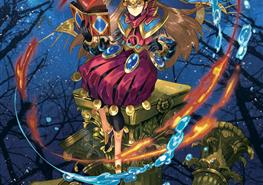 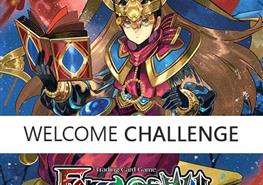