“And hence, as I think, it came about that Edward Hyde was so much smaller, slighter and younger than Henry Jekyll. Even as good shone upon the countenance of the one, evil was written broadly and plainly on the face of the other. Evil besides (which I must still believe to be the lethal side of man) had left on that body an imprint of deformity and decay. And yet when I looked upon that ugly idol in the glass, I was conscious of no repugnance, rather of a leap of welcome. This, too, was myself”

The duality present in Stevenson's novel is perfectly portraited in the two card that we are going to show today: 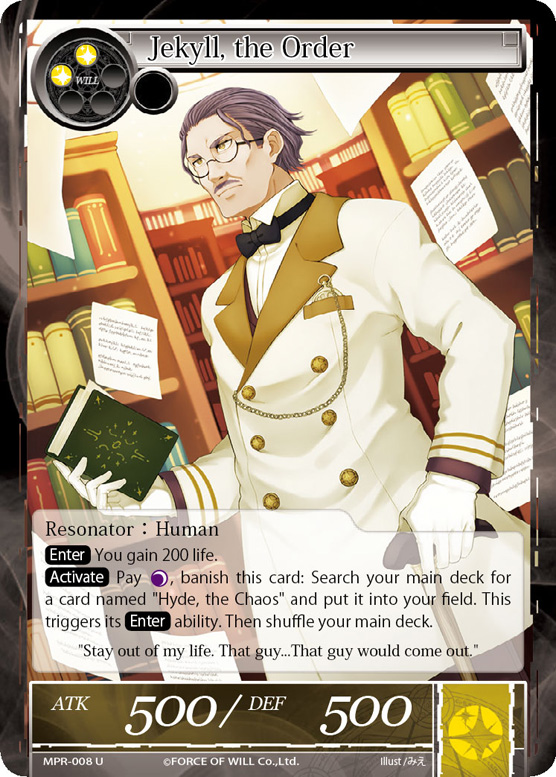 Jekyll is a Resonator that at the cost of two Light Will will allow us to gain 200 Life Points as well as having ATK and DEF values not negligible for his cost.

But it’s the Active Ability of Jekyll the one we have to carefully analyze: this will allow us, paying a single Darkness Will and banishing him, to search our deck for a resonator “Hyde, the Chaos” and put it on field under our control, also triggering his Enter Ability. 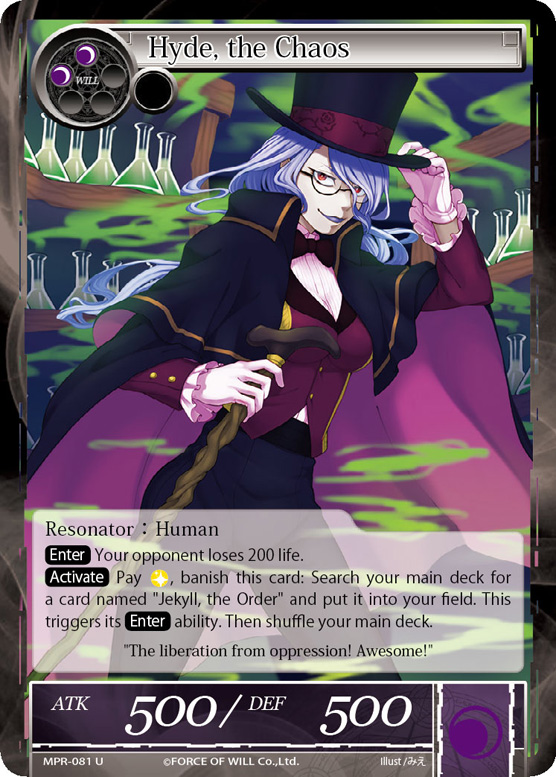 Hyde is the mirror of Jekyll: same statistics, attribute and effect basically the opposite, the Enter Ability of this resonator will deal 200 damage to our opponent instead of making us gain precious Life Points.

Even Hyde can search Jekyll in the deck, this time paying a Light Will.

The pair will the continue alternating on the field, increasing the difference between our Life Points and those of our opponent in a sort macabre dance that will anyway allow us to remain safe of removals since we’ll be able to use the Active Ability in chase, as well as thinning the deck as we see fit, and that will make easier the carrying out of some combos since we’ll have to search the pieces that make them up in less cards.

The duo, that is already funny to play as it is, shows evident synergies even with other cards: 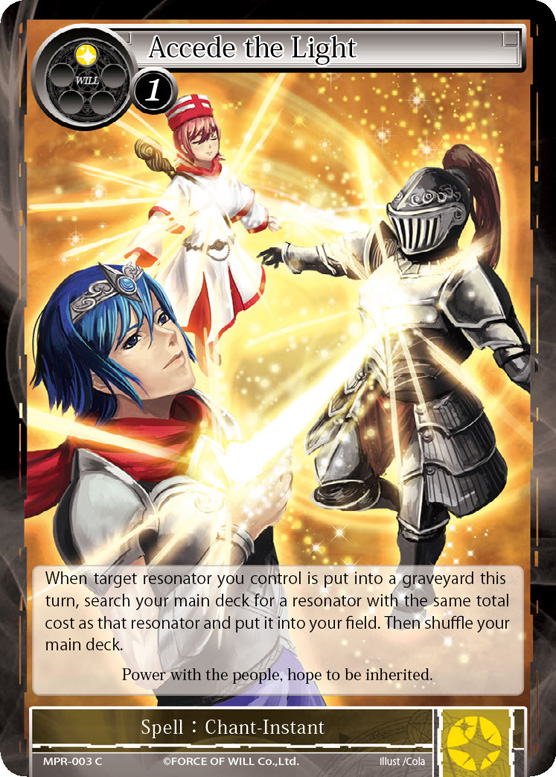 Accede the Light will allow us to have on the field both Jekyll and Hyde after the activation of their Active Ability, doubling the threat for our opponent.

Other possibile combination in Origin is the one with Reanimated Knight: 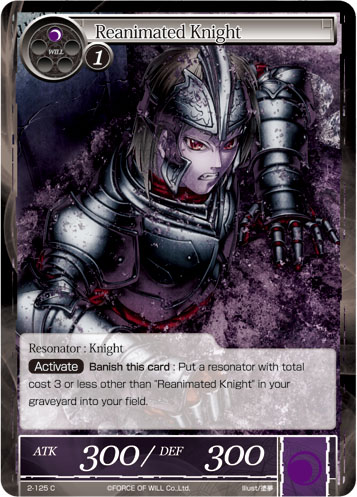 This one will always allow us to start anew the dance of transformations bringing back on field Jekyll or Hyde.

The card shown today are surely more interesting for their literary context that for the raw power in game, we’re anyway sure they fill find room in some imaginative build.

Event for today that’s all, till next time with Fairy Unchained!