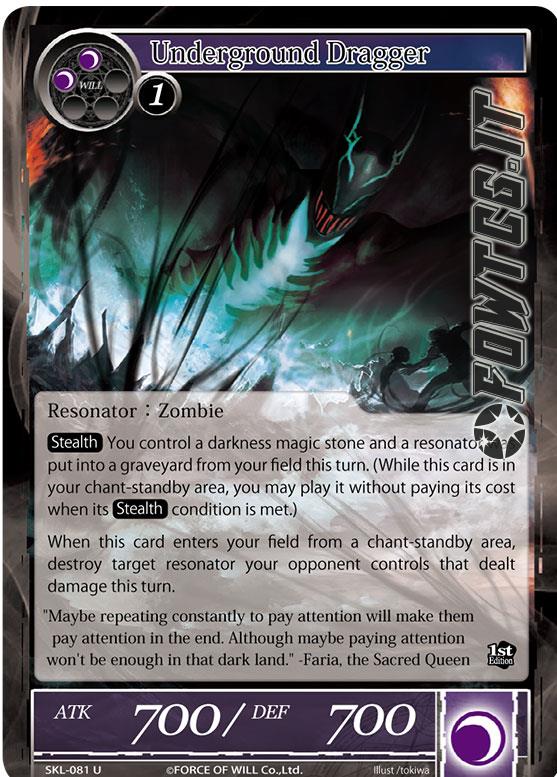 Edition: The Seven Kings of the Lands

Stealth You control a darkness magic stone and a resonator was put into a graveyard from your field this turn. (While this card is in your chant-standby area, you may play it without paying its cost when its Stealth condition is met.) When this card enters your field from a chant-standby area, destroy target resonator your opponent controls that dealt damage this turn.

"Maybe repeating constantly to pay attention will make them pay attention in the end. Although maybe paying attention won't be enough in that dark land." -Faria, the Sacred Queen